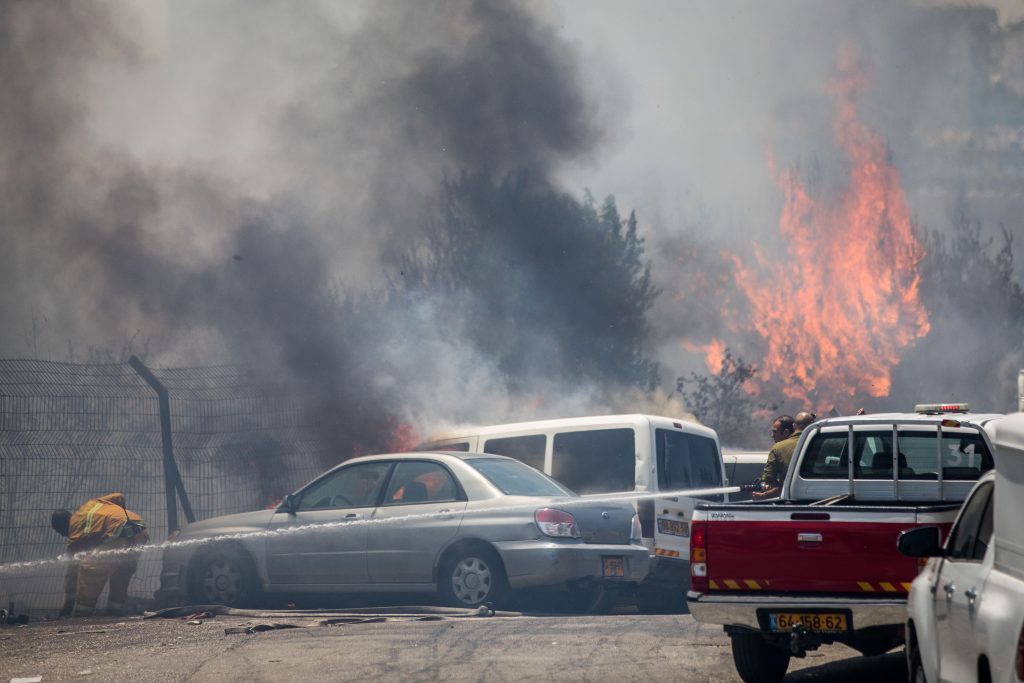 Firefighters were called out on Tuesday to extinguish three blazes caused by Gaza-launched incendiary balloons in the Kissufim forest bordering the Gaza Strip, according to The Times of Israel.

At the same time, a fire was reported burning in the Beeri Forest in the western Negev. Jewish National Fund and Nature and Parks Authority personnel were working to put it out, Arutz Sheva said.

A fire in an open area near the Givat Shaul neighborhood of Yerushalayim was put out earlier, on Tuesday afternoon.

Nearby roads that had been closed off due to the fire were reopened, police said.

On Monday, four fires were started by incendiary balloons near Gaza border communities, with one of them destroying hundreds of acres of wheat fields, municipal officials reported.

The arson incidents came after Army Chief of Staff Lt. Gen. Aviv Kohavi said on Friday that an unofficial deal with Gazan terrorist groups to maintain calm along the border was working, and cited a decline in the number of incendiary devices flown into Israel.