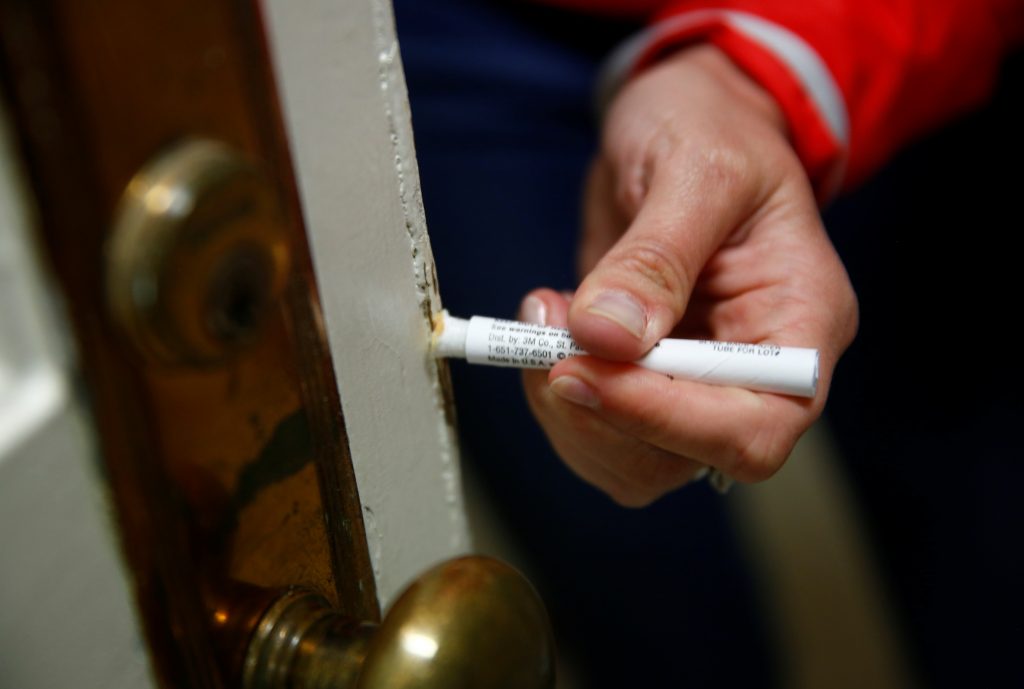 BORO PARK – The Boro Park Jewish Community Council (JCC) is now launching a public campaign to bring parents’ attention to the high rate of children in Boro Park with elevated levels of lead in their blood. High blood lead level can negatively impact a child’s development and trigger a number of serious health issues. The campaign encourages parents to have children ages one and two tested for lead in their blood.

This campaign is undertaken in conjunction with United Jewish Organizations of Williamsburg (UJO), which has been working for several years with the New York City Department of Health to reduce the danger to the public from lead.

The overall rate in Brooklyn is 19.6 children per thousand who tested with such high blood lead levels. That’s higher than the citywide average, but much lower than Boro Park’s rate and less than half of the results for Williamsburg.

The most common source of lead poisoning is the dust from lead-based paint in old homes, exposed after the paint peels or flakes off. These bits of paint and dust fall onto toys or to the floor, where children may lick them or put them in their mouths while crawling on the floor and playing with their toys. Lead-based paints in homes has been banned in New York since 1960, but not banned nationwide until 1978.

People who live in old homes or whose children spend time in such buildings should be especially vigilant for cracking or peeling paint, which can be dangerous. Remember that even after being painted over many times, the lead paint underneath can still be exposed when the paint cracks or peels off.

The UJO has been addressing the issue for several years now, to bring awareness to the public in Williamsburg about the dangers from lead-based paint in old buildings and to educate parents on how to protect their children. Now the JCC is undertaking a similar campaign in Boro Park in conjunction with the UJO.