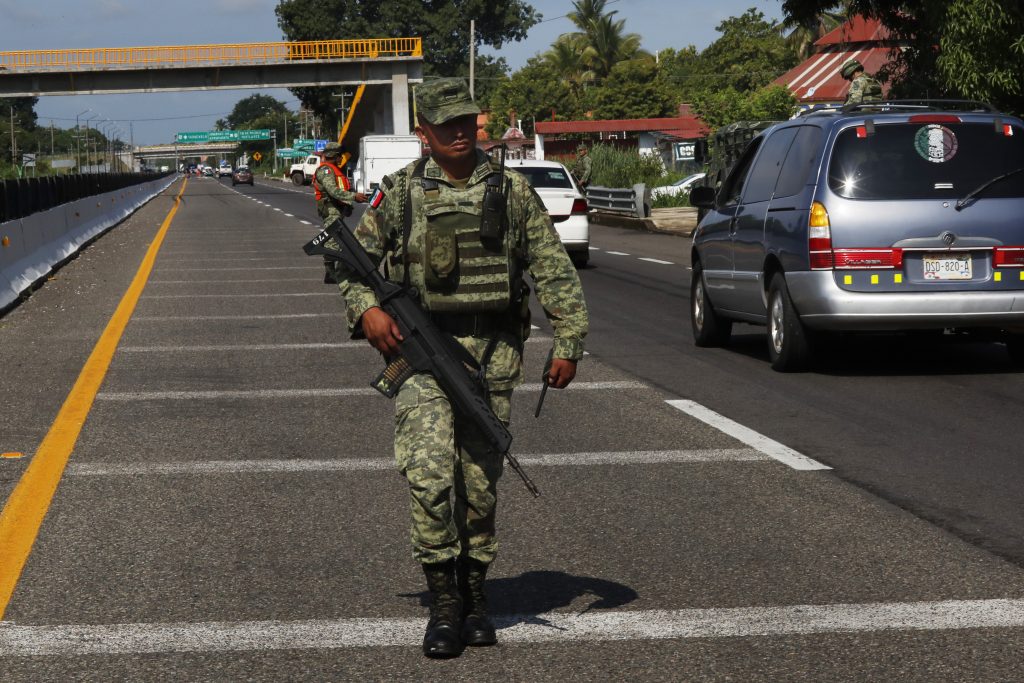 President Donald Trump said on Monday the United States had signed another portion of an immigration deal with Mexico that would need to be ratified by Mexican lawmakers.

He did not provide details but threatened tariffs if Mexico’s Congress did not approve the plan.

“We have fully signed and documented another very important part of the Immigration and Security deal with Mexico, one that the U.S. has been asking about getting for many years. It will be revealed in the not too distant future and will need a vote by Mexico’s legislative body,” Trump tweeted.

“We do not anticipate a problem with the vote but, if for any reason the approval is not forthcoming, tariffs will be reinstated.”

Last month, Trump threatened 5% tariffs on Mexican goods, to be imposed on Monday. The duties would increase every month until they reached 25% in October, unless Mexico stopped illegal immigration across its border with the U.S.

On Friday, the tariffs were called off, after the United States and Mexico announced an agreement on immigration. The joint communique issued by the two countries provided few details.

Critics have said there have been no new major commitments to slow the migration of Central Americans to the U.S.

A White House spokesman did not immediately respond to a request for comment.

The agreement would expedite a program known as the Migration Protection Protocols, which sends people seeking asylum in the United States to wait in Mexico as their cases are processed.

That program, announced in December, would be expanded across the entire U.S.-Mexico border under the terms of the agreement, according to the State Department.

The deal would also send the Mexican National Guard police force to its own southern border, where many Central Americans enter Mexico.

Mexican Foreign Minister Marcelo Ebrard wrote in a tweet on Monday morning that he would brief Mexican President Andres Manuel Lopez Obrador on the details of the agreement.

Ebrard said Lopez Obrador would discuss the deal during his morning news conference.

The New York Times reported over the weekend that most of the deal announced on Friday had already been settled in March. Top Democratic senators echoed the report, saying many aspects of the agreement were not new.

On Sunday, Trump defended the deal, saying there were more details in it that had not yet been made public. He attacked the newspaper again on Monday, calling the report a “FRAUD.”