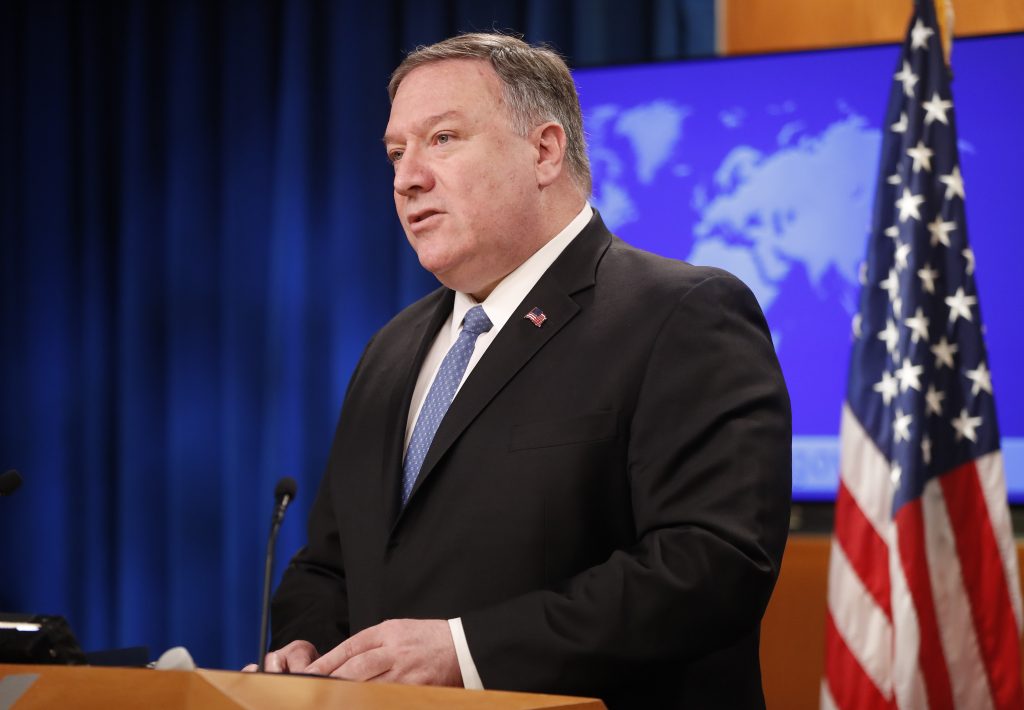 Secretary of State Mike Pompeo weighed in on British politics during a closed-door meeting with Jewish leaders last week, saying he would not wait for Labour Party leader Jeremy Corbyn to become prime minister of Britain to “push back” against him or any future actions he might take against Britain’s Jews.

The remarks, which are contained in audio of the meeting leaked to The Washington Post, make Pompeo the second senior U.S. official to comment on Britain’s turbulent leadership succession in the past week.

During his meeting with Jewish leaders in New York, Pompeo was asked if Corbyn “is elected, would you be willing to work with us to take on actions if life becomes very difficult for Jews in the U.K.?”

In response, Pompeo said, “It could be that Mr. Corbyn manages to run the gauntlet and get elected. It’s possible. You should know, we won’t wait for him to do those things to begin to push back. We will do our level best,” he said to fervent applause from attendees.

“It’s too risky and too important and too hard once it’s already happened,” he said.

Corbyn has been criticized for being slow to address allegations of anti-Semitism within the Labour Party. In February, nine Labour members of Parliament quit the party, with some citing the leadership’s failure in handling anti-Semitism issues.

Last month, Britain’s Equality and Human Rights Commission said it would be launching a formal probe into whether Labour “unlawfully discriminated against, harassed or victimized people because they are Jewish.” The party said it would fully cooperate with the investigation.

In a statement to the Post, a Labour spokesman said the party is “fully committed to the support, defense and celebration of the Jewish community and is implacably opposed to anti-Semitism in any form.”

The spokesman also hit back at what the party views as Pompeo’s improper intervention in Britain’s democratic process. “President [Donald] Trump and his officials’ attempts to decide who will be Britain’s next prime minister are an entirely unacceptable interference in the U.K.’s democracy,” said the spokesman, who spoke on condition of anonymity.