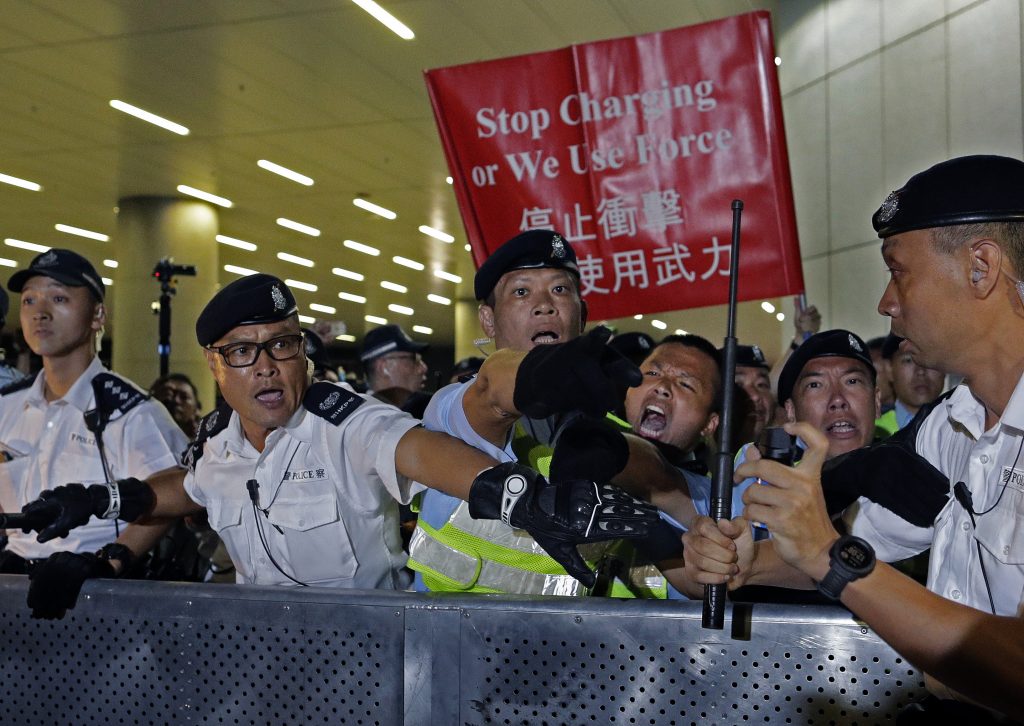 Hong Kong’s leader signaled Monday that her government will push ahead with controversial amendments to extradition laws despite a massive protest against them that underscored fears about mainland China’s broadening footprint in the semiautonomous territory.

In what was likely Hong Kong’s largest protest in more than a decade, hundreds of thousands of people shut down the heart of the skyscraper-studded city on Sunday, three days before the Legislative Council is slated to take up the bill.

The demonstrations refocused attention on the former British colony, whose residents have long bristled at what many see as efforts by Beijing to tighten control, and dominated newspaper front pages in a city that allows far more freedom of expression than other parts of China.

Chief Executive Carrie Lam told reporters the legislation is important and will help Hong Kong uphold justice and fulfill its international obligations. Safeguards added in May will ensure that the legislation protects human rights, she said.

Hong Kong was guaranteed the right to retain its own social, legal and political systems for 50 years under an agreement reached before its 1997 return to China from British rule. But China’s ruling Communist Party has been seen as increasingly reneging on that agreement by pushing through unpopular legal changes.

The extradition law amendments would allow Hong Kong to send people to mainland China to face charges, spurring criticism that defendants in the Chinese judicial system won’t have the same rights as they would in Hong Kong. Opponents contend the proposed legislation could make Hong Kong residents vulnerable to vague national security charges and unfair trials.

Lam said Sunday’s protest shows Hong Kong’s enduring commitment to its people’s freedoms. She denied that she is taking orders from the central government in China’s capital.

“I have not received any instruction or mandate from Beijing to do this bill,” she said. “We were doing it – and we are still doing it – out of our clear conscience, and our commitment to Hong Kong.”

The protest that stretched past midnight into Monday was largely peaceful, though there were a few scuffles with police as demonstrators broke through barriers at government headquarters and briefly pushed their way into the lobby. Police in riot gear used batons and tear gas to push the protesters outside.

Three officers and one journalist were injured, according to Hong Kong media reports.

There was a heavy police presence on downtown streets deep into the night.

Hong Kong currently limits extraditions to jurisdictions with which it has existing agreements or to others on an individual basis under a law passed before 1997. China was excluded because of concerns over its poor record on legal independence and human rights.

“Certain countries have made some irresponsible remarks” about the legislation, Geng said, without elaborating.

Lam was elected in 2017 by a committee of mostly pro-Beijing Hong Kong elites. Critics have accused her of ignoring widespread opposition to the extradition law amendments.

She said Monday that the bill seeks to prevent Hong Kong from becoming a haven for fugitives and is not focused on mainland China. Western democracies have accused Hong Kong of failing to address issues such as money laundering and terrorist financing, Lam said.