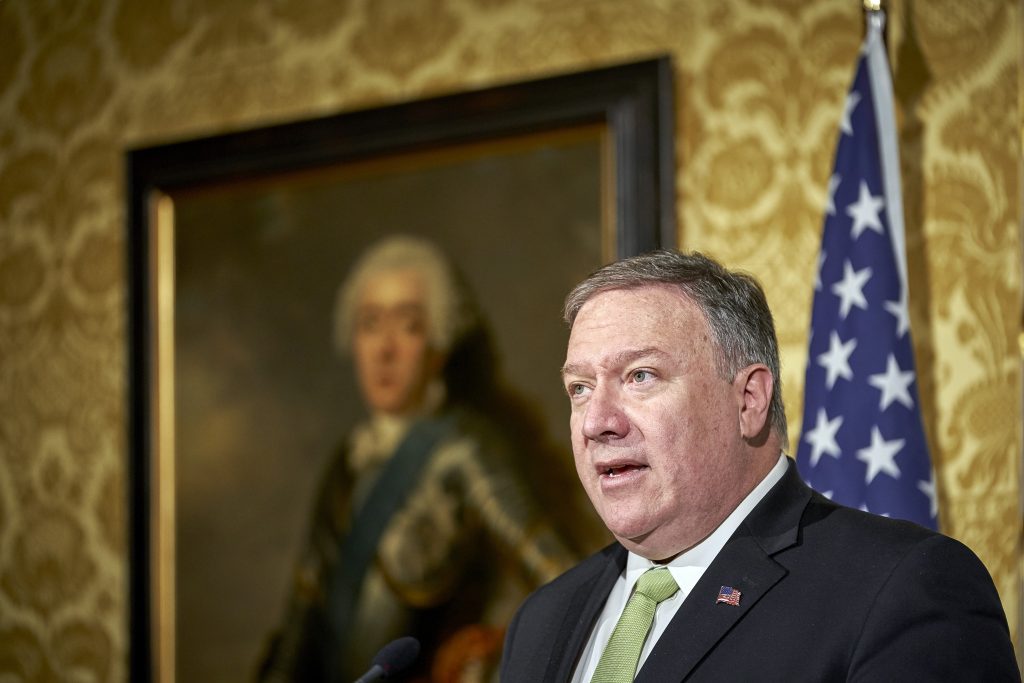 The Trump administration on Friday hit Iran with new sanctions that target its largest petrochemical company for providing support to the Revolutionary Guard Corps.

The administration designated the corps a “foreign terrorist organization” last month, the first time it has ever done so for a foreign governmental agency. That means the U.S. can impose sanctions on any company or individual that provides the Corps with material support.

Friday’s sanctions are part of the administration’s “maximum pressure” campaign against Iran, and freeze any assets the targeted firms may have in U.S. jurisdictions and bar Americans from doing business with them. That effort has picked up steam in recent weeks with the re-imposition of penalties aimed at bringing Iran’s lucrative oil-export revenue to zero following President Donald Trump’s decision to withdraw the U.S. from the landmark 2015 nuclear deal with Iran.

“Maximum pressure on Iran’s regime continues today,” Secretary of State Mike Pompeo said, adding that U.S. will continue to act to “deny the regime the money it needs to destabilize the Middle East.”

Meanwhile, in a letter to the United Nations made public on Friday, Iran complained that the re-imposition of U.S. sanctions violates not just the nuclear deal but also the U.N. Security Council resolution that enshrined it.

“The United States’ unilateral nuclear as well as economic sanctions in defiance of Security Council resolution 2231 and the Joint Comprehensive Plan of Action have reached an unprecedented level during the past few months,” Iran’s ambassador to the United Nations said in the letter, which was dated May 23.