Israel Tel Aviv to Get Rid of Pay Phones
Israel 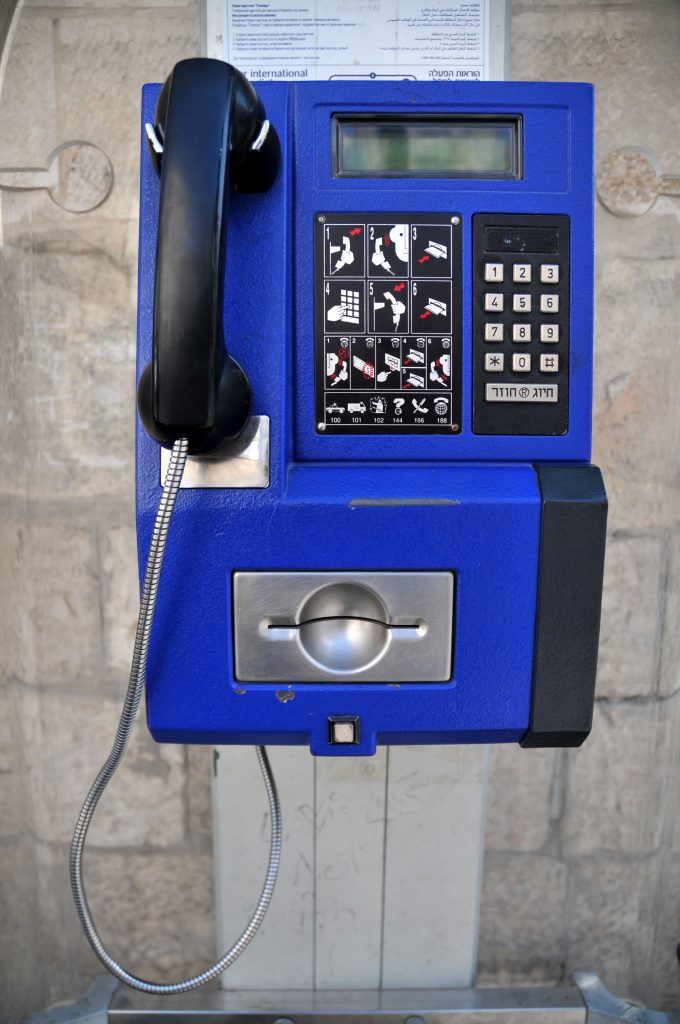 Public telephones will soon be a thing of the past in Tel Aviv. The city, in cooperation with Bezeq, has begun removing the few public phones that remain in the city – and according to TheMarker, the move could be a precedent for similar action in other Israeli cities.

Public phones have been a feature of Israeli life since the establishment of the state, and for many who for years could not get a home phone, provided the only convenient way to make phone calls. Since the rise of the cellphone, however, there has been little call for them among Israelis. Today they are chiefly used by foreign workers and tourists.

There are still some 10,000 public phones around the country, and according to a 1982 law, Bezeq is responsible for their maintenance – and because they are used so little, the maintenance has become too expensive for the company. In addition, many of the phones are not operational, and the company sees no point in tracking them down and fixing them.

In a statement, the Tel Aviv municipality said it was committed to removing the phones. “We decided to remove the phones because they are not operational, even if the lines are working. You cannot even buy the telecards to operate them anymore. Because of lack of use, many of them are dirty and represent a health hazard. There is no need for them to remain in the public space.”

Ramat Gan is likely to do the same thing, Mayor Carmel Shama-Hacohen told the newspaper. “There are 232 public phones in this city, and all of them are rarely used. Many are broken and they do nothing but pollute the public space. I intend to seek the permission of Bezeq to remove the phones – at our expense. We may leave some for nostalgia.”