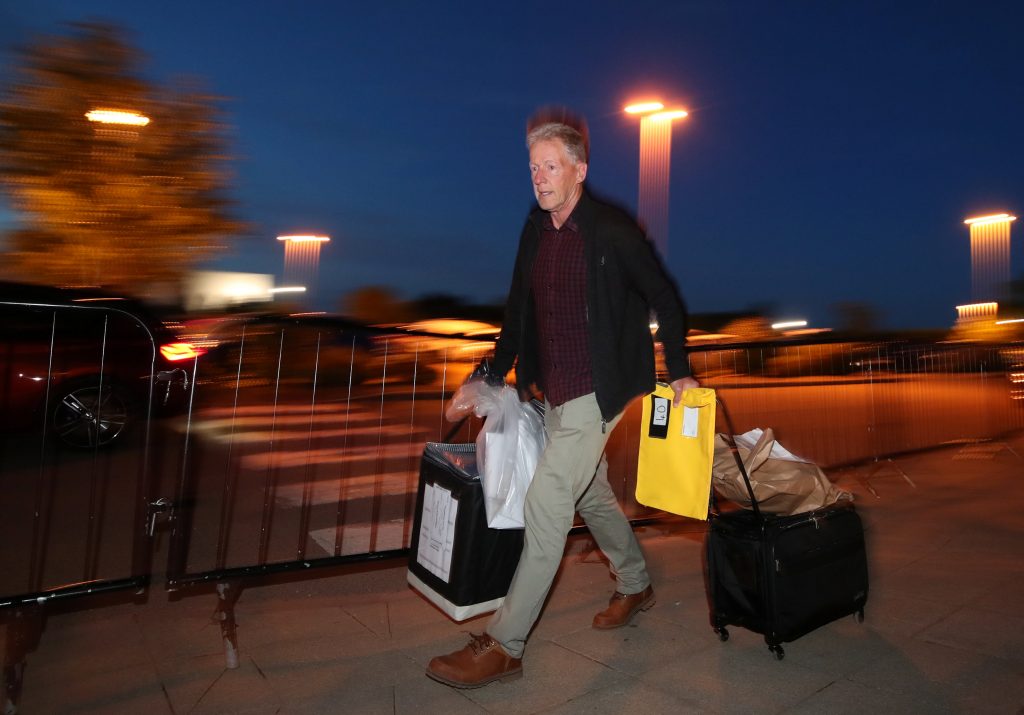 Britain’s opposition Labour Party narrowly held on to a parliamentary seat in eastern England on Friday, seeing off a challenge from Nigel Farage’s insurgent Brexit Party to win by less than 700 votes.

The victory could ease pressure for now on Labour leader Jeremy Corbyn to throw his unequivocal support behind a second Brexit referendum, which many in his party have been saying was the only way to break an impasse over Britain’s departure.

But for the governing Conservatives, the fierce challenge by the Brexit Party, which only launched in April, will encourage contenders hoping to replace Prime Minister Theresa May to stick to a tough message on Britain’s exit from the European Union.

The election is yet more evidence that Britain’s 2016 vote to leave the EU is reshaping the country’s politics, challenging the dominance of the two main parties as loyalties split over Brexit, the biggest shift in foreign policy since World War II.

“This result shows that in spite of the divisions and deadlock over Brexit, when it comes to a vote on the issues that directly affect people’s lives, Labour‘s case for real change has strong support across the country,” said Corbyn.

“In this key seat, the Conservatives have been pushed to the margins.”

The Peterborough election was triggered when Labour‘s Fiona Onasanya became the first Member of Parliament to be ousted in a recall petition, after she was jailed for lying about a speeding offense. She had won the seat from the Conservatives in 2017’s general election with a majority of just 607 votes.

Labour‘s success was largely due to a large ground campaign to get the vote out – something Farage said his party could not match because it had only been in existence for eight weeks.

“There are now seats like this over the country where Conservative voters are going to start to realize that if you vote Conservative you’re going to finish up with a Corbyn government,” he told BBC radio.

“If we don’t leave and leave with a clean Brexit on the 31st of October, the Brexit Party will power on.”

Boris Johnson, the frontrunner to replace May, said the rise of the Brexit Party could open the door to a Corbyn government. “Conservatives must deliver Brexit by 31st October or we risk Brexit Party votes delivering Corbyn to No 10,” he said on Twitter.

The Brexit Party, launched in April, swept to victory in the European Parliament election in Britain last month, riding a wave of anger over May’s failure to deliver Brexit on time.

But Labour‘s successful campaign to get its vote out in Peterborough, which backed Brexit by 61% to 39% in the 2016 referendum, foiled its bid to win a first seat in the British Parliament.

“Despite differing opinions across our city, the fact that the Brexit Party have been rejected here in Peterborough shows that the politics of division will not win,” Labour‘s Forbes said in her victory speech.

Forbes, a remain supporter, said May’s successor should restart government talks with Corbyn that failed to find a way through the deadlock on Brexit.

Labour, which along with the Conservatives saw its support slump at the European elections as voters expressed their frustration over the Brexit deadlock, is divided over whether to unequivocally support holding a second referendum.

Corbyn has so far only said the option of another Brexit vote should be kept on the table, along with a national election. The prospect poses a dilemma as many of the party’s supporters backed Brexit.