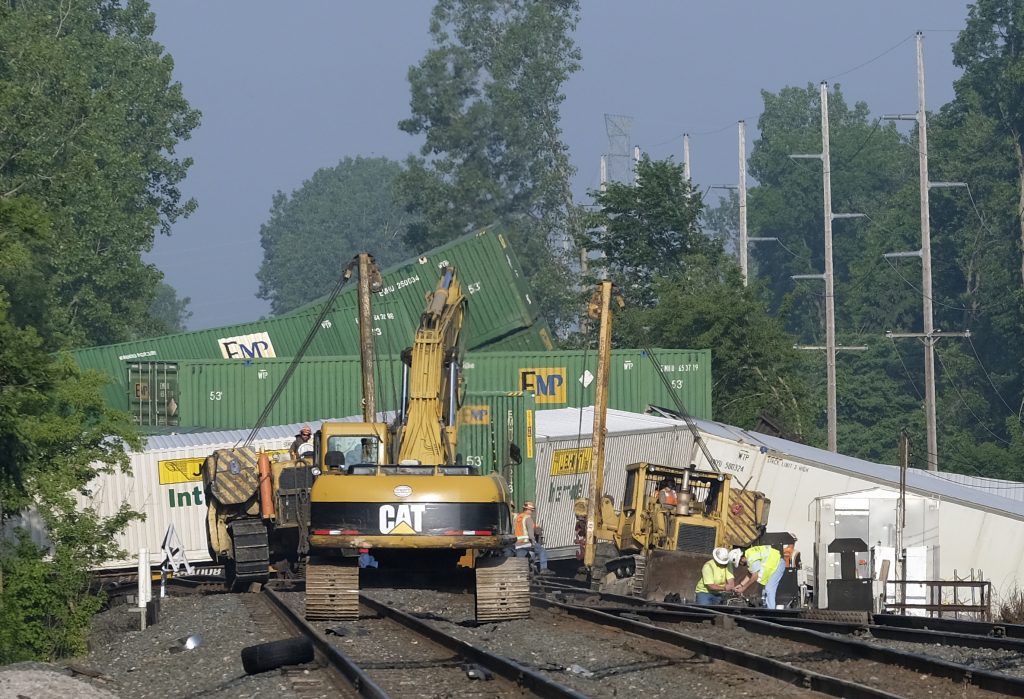 More than a dozen derailed freight cars in Ohio are blocking a main Midwest rail route that connects Chicago with the East Coast.

Authorities say a Norfolk Southern train on Thursday night smashed into an abandoned truck left on the tracks just west of Toledo.

A village administrator in Swanton says it appears that about 15 railcars were involved. No one was injured and there weren’t any hazardous materials on the train.

The derailment has disrupted Amtrak service along the route.

Crews were working Friday to clean up the mess. The train’s engines ended up in a ditch and its railcars were stacked up on and around the tracks.

Authorities tell The Blade they are looking for the driver who left the truck on the tracks.