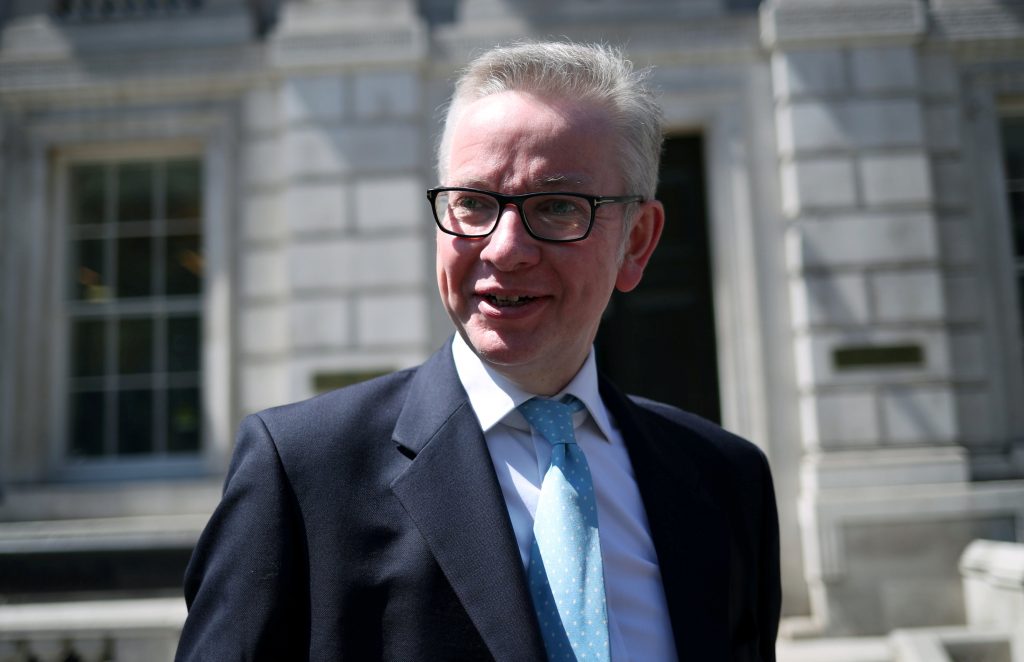 Michael Gove, one of the leading contenders to replace British Prime Minister Theresa May, said he would delay Brexit rather than rushing into a no-deal exit that could trigger an election that would propel Labour leader Jeremy Corbyn to power.

The Brexit crisis that has engulfed British politics for three years has deepened with the impending departure of May, who was unable to get parliamentary approval for the withdrawal deal she had negotiated with Brussels.

The United Kingdom was supposed to have left the EU on March 29, but its politicians are still arguing over how, when or even whether the country will leave the club it joined in 1973.

Britain is now due to leave on October 31, but Gove said he would seek a further delay if efforts to renegotiate the deal were close to a breakthrough.

“Would it really be in our best interests to opt for a no-deal exit when just a little more time and effort could make all the difference?” Gove said in an article in the Daily Mail newspaper.

He said to rush into a no-deal exit would lead to a Labour government propped up by the Scottish National Party which wants another referendum on Scottish independence.

“That would surely hand Downing Street to a Jeremy Corbyn government propped up by Nicola Sturgeon and the SNP. That would mean Brexit was lost, the future of our Union at risk and the levers of power handed to a Marxist,” he wrote.

Gove, one of the highest-profile Brexit campaigners during the 2016 referendum, scuppered Boris Johnson’s 2016 leadership bid by withdrawing his support at the last moment to run himself.

Seen as one of the most effective members of May’s Cabinet, Gove, as May’s environment minister, backed her Brexit strategy.

“Always choose Brexit over no Brexit,” Gove said. “If, finally, it comes to a decision between no deal and no Brexit, I will choose no deal.”

“Every contender in this race for the Conservative leadership should answer what they would do faced with the choice of either delaying Brexit or fighting a general election before Brexit is secured,” Gove said.