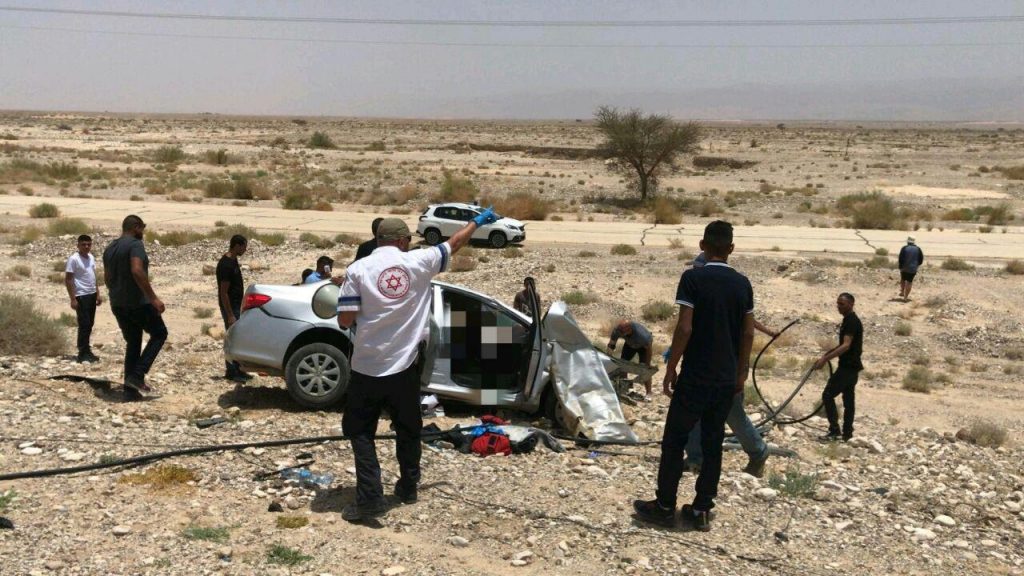 Two girls, aged 4 and 8, were killed Thursday in a head-on collision on Route 90 in the Arava region.

The girls were students of the Chinuch Atzmai school in Tel Aviv. Their levayah is to be held Thursday night at 10 p.m. in Ohr Akiva.

Five other people were injured. Two men in their 40s were in one of the two vehicles, and were taken to the hospital in serious condition.

Three others were lightly injured in the second car, including the two girls’ parents, and a 3-year-old boy. All the injured were taken to Be’er Sheva’s Soroka Hospital.

The accident occurred on the road between the tiny desert villages of Ein Yahav and Paran.

Route 90, Israel’s longest highway, runs from Metula up north to Eilat in the south. Its length and characteristics have made it one of the country’s deadliest routes.

A Transportation Ministry plan announced last year will see the road expanded to two lanes in each direction with an option to add a third lane on some sections of the route, but the plan has been held up due to budget approval.

Following Thursday’s accident, Eyal Blum, head of the Middle Arava Regional Council, said in a statement: “How many more lives will Route 90 claim before the government of Israel approves the budget required for expanding the road?”