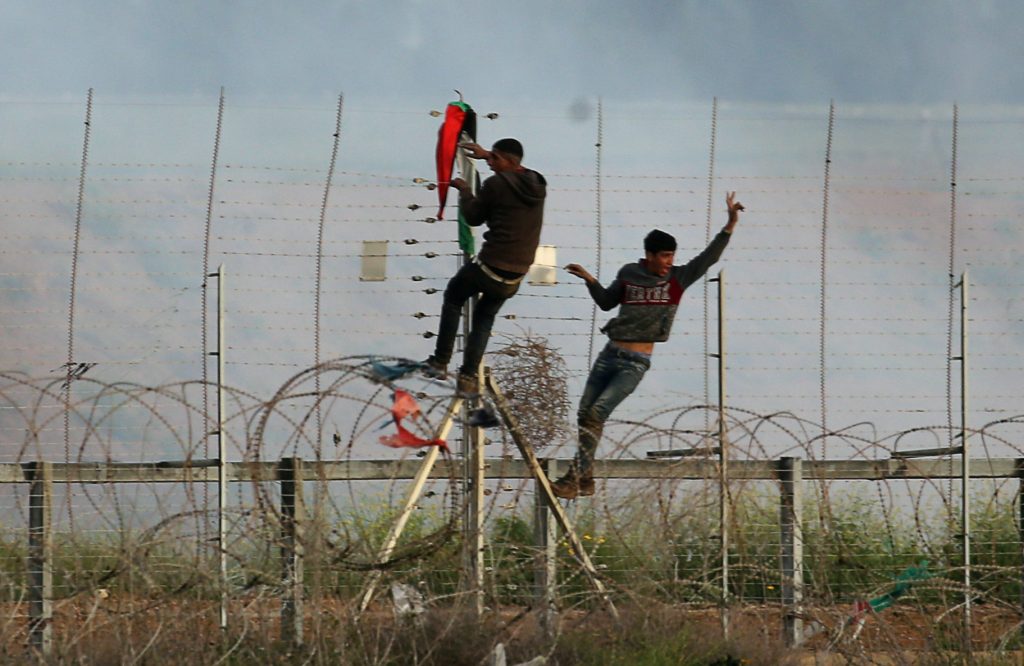 Security officials announced Thursday that they had arrested an Arab terrorist who attacked an Israeli vehicle with a hammer in April, causing one occupant of the vehicle to be injured. The terrorist, Ahmad Ibrahim Saliman Nazrallah, is a resident of the Arab village of Tako’a, in Gush Etzion. Saliman has a terrorist past, and has served time for previous security crimes. He was most recently released from prison in 2018.

In addition, security officials said they had arrested a gang of Arab terrorists who threw firebombs and rocks at Israeli vehicles in the Gush Etzion region. The arrests were carried out in a joint operation between the Shin Bet, Israel Police and the IDF. In a statement, the IDF said that it was “working day and night in order to ensure the security of people in the area. These arrests are one example of many of this in action.”

On Wednesday night, Israeli forces arrested a Gaza Arab who attempted to sneak through the border fence carrying a knife. The Arab was arrested and questioned as to his motives. Overnight Wednesday, security officials said they arrested three wanted security suspects in other areas in Yehudah and Shomron. The suspects were wanted for participating in rioting and throwing stones and firebombs that endangered Israeli civilians and IDF soldiers. Several of the suspects were also charged with belonging to Hamas. All were being questioned on their activities by security forces.