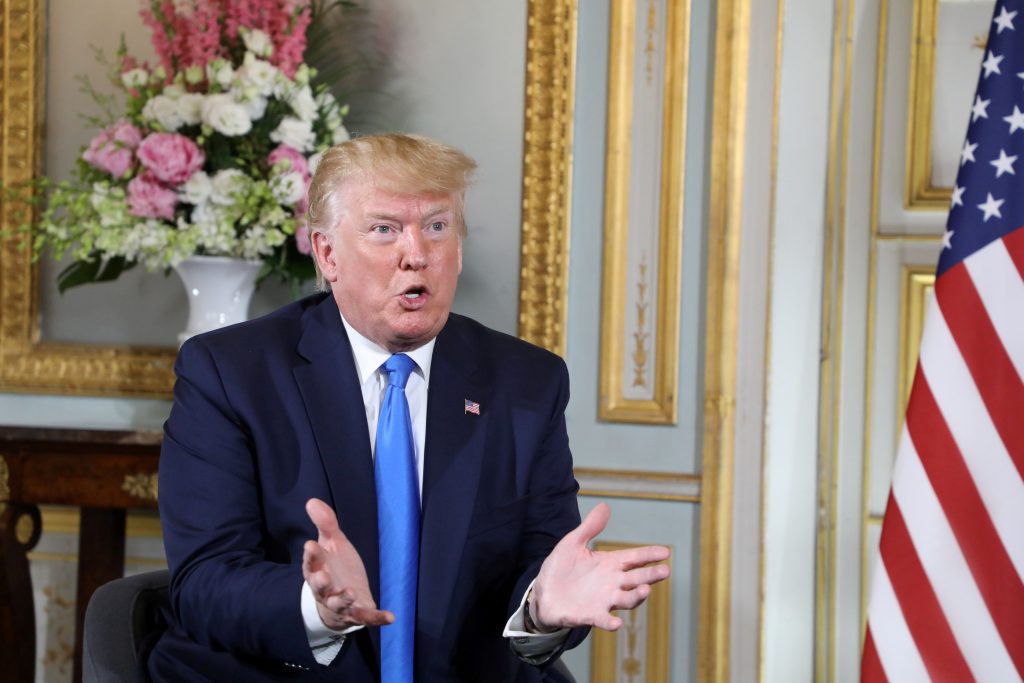 House Speaker Nancy Pelosi told several high-ranking colleagues Tuesday night that she wants to see President Donald Trump “in prison” but does not want to impeach him, according to two officials familiar with the conversation.

The California Democrat was meeting with five chairmen of committees with investigative powers as part of a weekly check-in on probes of President Trump and his administration when she came under some pressure, particularly from House Judiciary Committee Chairman Jerrold Nadler, D-N.Y., to allow the launch of an impeachment inquiry.

Nadler has been asking Pelosi to give the green-light on launching an impeachment inquiry for several weeks. But Pelosi suggested she wanted Trump to face charges after leaving office rather than be impeached by the House when the Republican-controlled Senate would acquit him.

“I don’t want to see him impeached. I want to see him in prison,” Pelosi said, according to the officials, who requested anonymity to share private conversations. The officials said the meeting was not particularly contentious and characterized Pelosi’s comment as offhand.

The exchange was first reported by Politico.

A growing number of House Democrats have publicly called for an impeachment inquiry following a public statement last week by special counsel Robert Mueller III in which he reiterated that his office could not exonerate Trump of obstructing its probe of Russian interference in the 2016 U.S. presidential election.

Pelosi, however, has expressed concerns about the prospect that Trump would be acquitted by the Senate’s Republican majority following impeachment by the House.

She has encouraged Democratic members to focus on the legislative agenda that won them the House majority in last year’s midterm elections, while at the same time advocating a methodical investigation of episodes of possible obstruction detailed in Mueller’s report.

During a news conference on Wednesday, Pelosi pushed back against critics of her approach.

She also suggested a need for greater public support for launching an impeachment inquiry, noting that there is a common misperception that a president is immediately removed from office following impeachment by the House.

During his public statement last week, Mueller said his office could not consider whether to charge President Trump with a crime because of a long-standing Justice Department opinion that a sitting president cannot be indicted.

In Tuesday’s meeting, Pelosi told her colleagues that she would like to see Trump defeated in next year’s elections and then prosecuted for his alleged crimes.

Aside from possible obstruction of the Mueller investigation, House Democrats are also probing other episodes related to Trump, and whether his actions violated campaign finance laws.

While Pelosi has resisted calls for Trump’s impeachment, she has characterized his actions in provocative terms on other occasions as well.

Last month, she asserted that Trump was “engaged in a coverup” and urged his family and aides to stage “an intervention.”