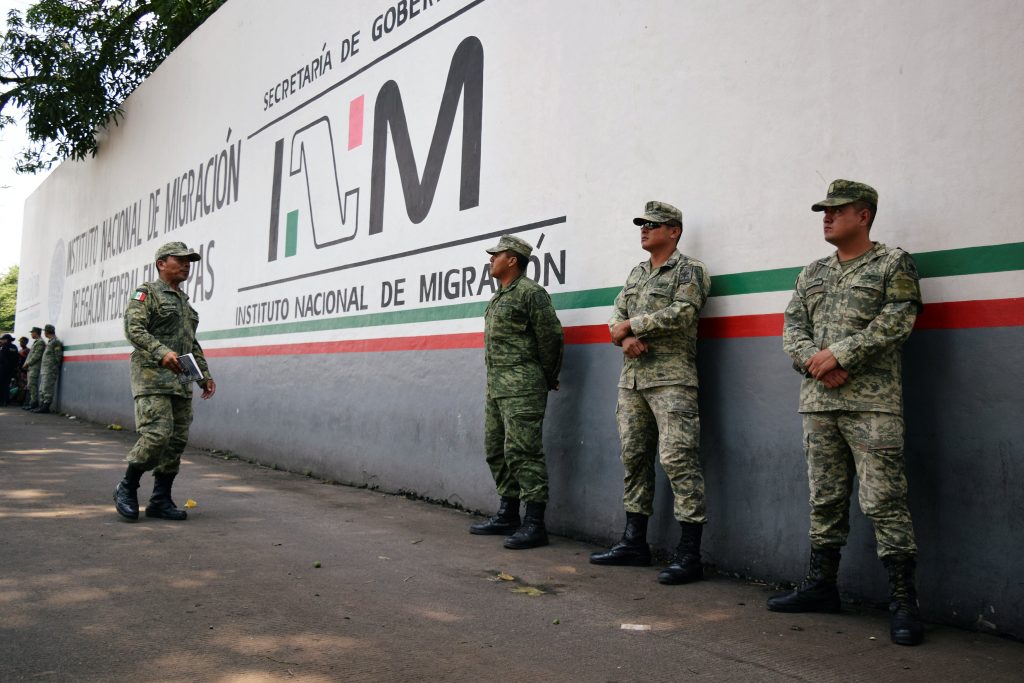 In talks with the United States, Mexico has offered to send up to 6,000 members of its national guard to secure its southern border with Guatemala in order to contain migrant flows, according to two people with knowledge of the matter.

Mexico has sent a delegation of officials to Washington to try to avert U.S. President Donald Trump’s threats to impose import tariffs on Mexican goods if the country does not do more to halt the flow of migrants to the United States.