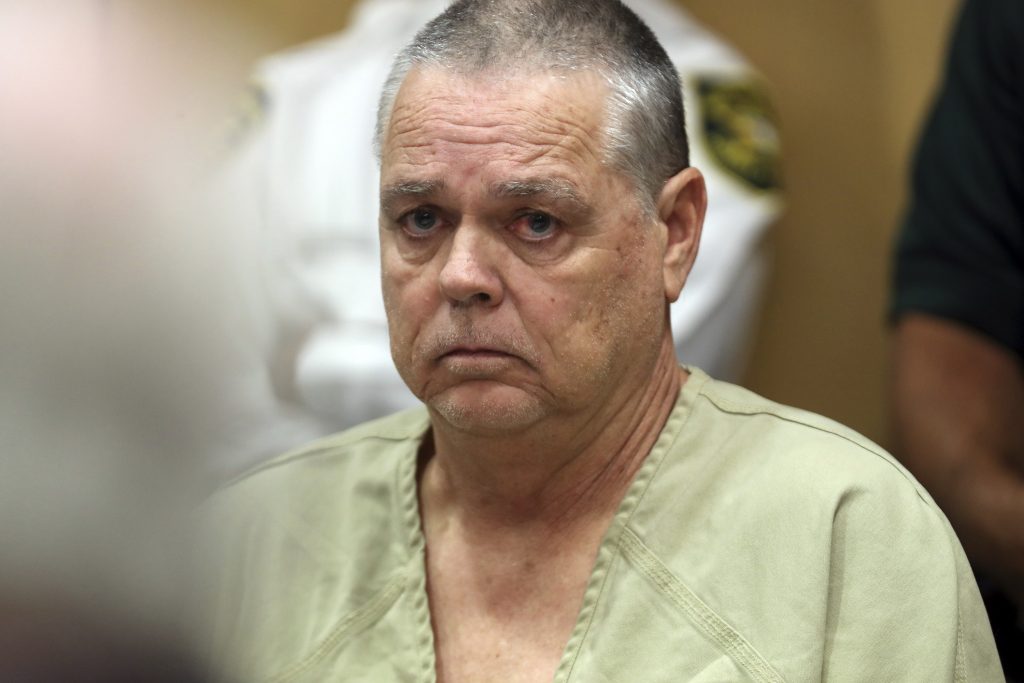 A judge reduced bail on Thursday for a former Florida deputy charged with 11 criminal counts after failing to confront the gunman in the Parkland school massacre. Scot Peterson was expected to be released later in the day.

Circuit Judge Elizabeth Scherer set bond at $39,500 for Peterson, down from the initial amount of $102,000. Scherer also eliminated a previous requirement that Peterson wear a GPS monitor. His bond is secured by $330,000 in real estate and he has been allowed to go to his home in North Carolina.

“He’s going to be on standard pretrial release,” the judge said.

Peterson, 56, is charged with child neglect, culpable negligence and perjury stemming from the February 2018 shooting that killed 17 people at Marjory Stoneman Douglas High School. If convicted, he faces a potential maximum prison sentence of nearly 100 years.

While out on bail, Peterson cannot possess a firearm or take any job involving children, Scherer said. Peterson, dressed in beige jail clothes, did not speak during the hearing.

His attorney, Joseph DiRuzzo, said Peterson should not face the neglect and negligence charges because he was not legally a caregiver with direct responsibility for the welfare of the students.

“They are overreaching. These definitions don’t apply to my client,” DiRuzzo told reporters after the hearing.

“The definition of caregiver is very broad,” Donnelly said.

The charges stem from Peterson’s decision to remain outside a school building — where he was the assigned resource officer — on February 14 last year when police say defendant Nikolas Cruz, 20, fired 140 rounds from an AR-15 rifle. Cruz faces the death penalty if convicted of the killings. His attorneys have said he would plead guilty in return for a life prison sentence.

DiRuzzo said Peterson was abruptly arrested without warning earlier this week after an internal affairs “name-clearing” hearing at the Broward Sheriff’s Office. Sheriff Gregory Tony said Peterson was fired after that hearing, even though he had previously announced his retirement.

“We expect that he will be treated fairly and appropriately on a going-forward basis and we look to defending against these charges,” DiRuzzo said.

Scherer is also the presiding judge in the Cruz case.