World Trump Reads From FDR’s Prayer to the U.S. on D-Day
World 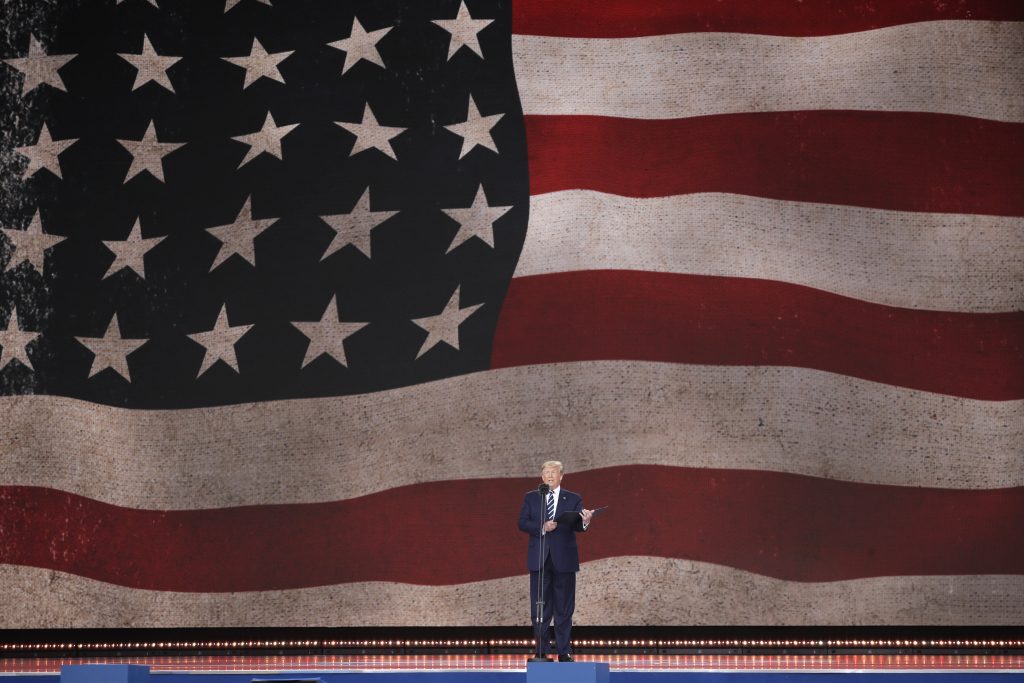 President Donald Trump read from a prayer delivered by President Franklin D. Roosevelt as he joined other world leaders and veterans Wednesday in marking the 75th anniversary of D-Day.

Roosevelt went on national radio on June 6, 1944, to address the US for the first time about the Normandy invasion. Trump, with images of an American flag and Roosevelt projected behind him, read to crowd: “G-d, our sons, pride of our nation, this day, have set upon a mighty endeavor, a struggle to preserve our republic, our religion and our civilization and to set free a suffering humanity.”

Trump traveled to the southern coast of England Wednesday to pay respects to American service members and allies who helped rescue Europe from Nazi Germany. He sat in a VIP area between Queen Elizabeth II and the first lady during the program, which focused on a telling of events leading up to D-Day. Some 300 World War II veterans also attended the seaside ceremony.

A chilly breeze blew off the English Channel as Trump arrived for the event, the first of two he is attending to mark the 75th anniversary of D-Day when the Allied soldiers, sailors and airmen conducted an invasion that helped liberate Europe from Nazi Germany.

Trump joined in giving a standing ovation to a group of World War II vets who appeared on stage as the commemoration began.

After the event, Trump visited with American World War II veterans who were among Allied troops on D-Day. He was to have lunch and meet briefly with German Chancellor Angela Merkel before departing for Ireland to meet with Prime Minister Leo Varadkar and stay at his golf course in the village of Doonbeg.

During a news conference Tuesday, Trump said he is grateful for the warm welcome he received from the British royal family and prime minister as “we remember the heroes who laid down their lives to rescue civilization itself.” He played down protests of his visit, describing the thousands of people who demonstrated in London as a “small protest.”

Trump has used his speeches to emphasize a longstanding bond between the U.S. and Britain. He noted that more than 1.5 million Americans were stationed in England in advance of the invasion.

“The bonds of friendship forged here and sealed in blood on those hallowed beaches will endure forever,” Trump said at the news conference.