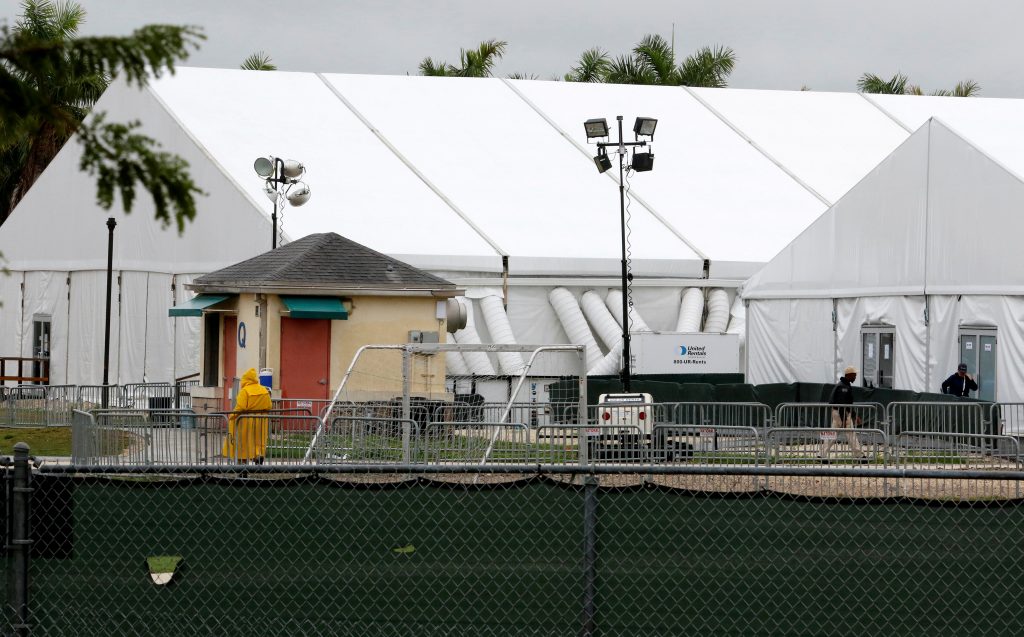 The Trump administration is suspending educational, legal and recreational programs for migrant children in its custody, saying an influx of children crossing the border without a parent or legal guardian was putting a “tremendous strain” on the resources of the agency tasked with housing them.

The agency that houses migrant children — the Office of Refugee Resettlement (ORR) — asked Congress for an additional $2.88 billion to increase shelter capacity, HHS spokeswoman Evelyn Stauffer said on Wednesday. ORR is part of the Department of Health and Human Services.

ORR has instructed providers in its network to begin scaling back or stop providing services “that are not directly necessary for the protection of life and safety,” Stauffer said.

On May 30, HHS official Mark Boss sent an email to providers in ORR’s network of shelters informing them costs budgeted for educational and recreational activities, including staff associated with those programs, were “unallowable costs” for any federal funds received after May 22.

The email, which was seen by Reuters, was first reported by Reveal at the Center for Investigative Reporting.

Border agents apprehended 11,507 unaccompanied children on the southwest border in May, an 80% increase from a year earlier, according to government data released on Wednesday.

ORR’s system of shelters is currently running at 96% capacity, according to an HHS official who declined to be named because they were not authorized to speak publicly about the program.

The provision of recreational and educational activities, such as English language lessons and sports, are required by a long-standing legal settlement, known as the Flores settlement, that lays out conditions under which migrant children can be kept.

“If this administration goes forward with denying education, recreation and other unspecified ‘non-essential services’ they would be in flagrant violation of the Flores settlement and will face immediate legal action,” said Neha Desai, director for Immigration at the National Center for Youth Law in Oakland and a Flores co-counsel.

The Trump administration has repeatedly called on Congress to enact regulations that would override the settlement. It is also working on regulations on the length of time and conditions in which children can be detained.

Congresswoman Rosa DeLaura from Connecticut, who chairs the House committee negotiating with ORR on supplemental funding, said in a statement that the Trump administration could not be given a blank check “when time and again it has failed to show it has these childrens’ best interests at heart.”

Last week, the U.S. Citizenship and Immigration Services (USCIS) placed limits on special legal protections for some migrant children who turn 18 or reunite with a parent or guardian before they file their asylum application. [L2N2371PI

In a policy memo to all asylum officers dated May 31, USCIS official John Lafferty also empowered officials to request additional documents if they suspect an applicant is over 18 years old when they file their asylum application.