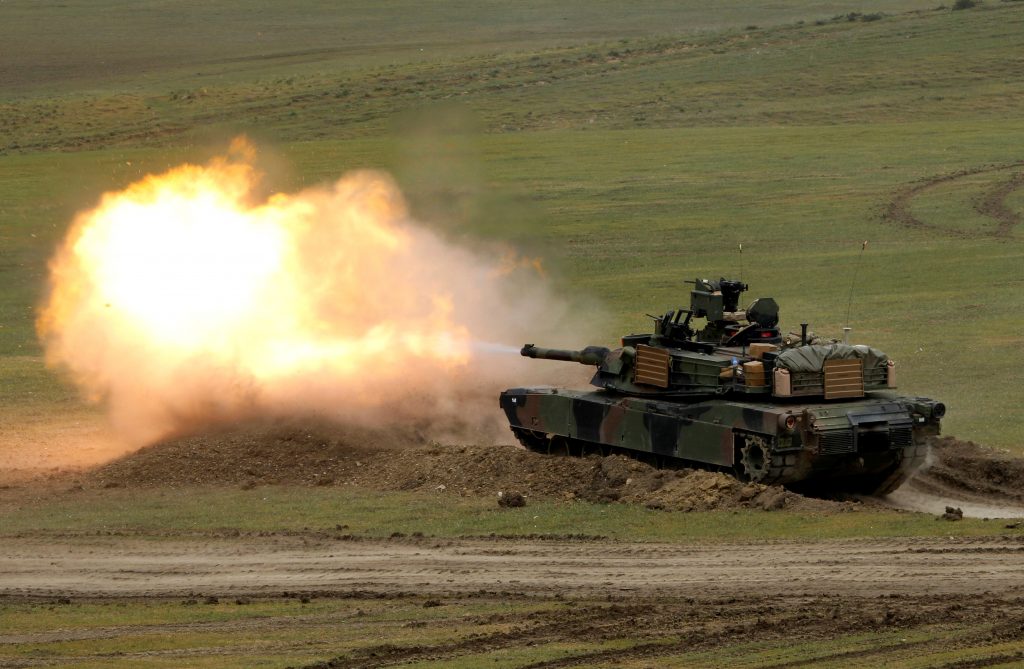 The United States is pursuing the sale of more than $2 billion worth of tanks and weapons to Taiwan, four people familiar with the negotiations said, in a move likely to anger China as a trade war between the world’s two biggest economies escalates.

An informal notification of the proposed sale has been sent to the U.S. Congress, the four sources said on condition of anonymity because they were not authorized to speak about the possible deal.

The potential sale included 108 General Dynamics Corp M1A2 Abrams tanks worth around $2 billion, as well as anti-tank and anti-aircraft munitions, three of the sources said. Taiwan has been interested in refreshing its existing U.S.-made battle tank inventory which includes M60 Patton tanks.

The United States is a main arms supplier to Taiwan, which China deems its own and has never renounced the use of force to bring the self-ruled island under its control.

Taiwanese President Tsai Ing-wen said in March that the United States was responding positively to Taipei’s requests for new arms sales to bolster its defenses in the face of pressure from China. The United States has no formal ties with Taiwan but is bound by law to help provide it with the means to defend itself.

China and the United States are engaged in a fierce trade war, with clashes over Taiwan and the South China Sea exacerbating tensions.

A spokesman for the State Department, which oversees foreign military sales, said the U.S. government does not comment on or confirm potential or pending arms sales or transfers before they have been formally notified to Congress.

The congressional notifications included a variety of anti-tank munitions, including 409 Raytheon Co. and Lockheed Martin Corp.-made Javelin missiles worth as much as $129 million, two of the sources said.

In 2018, President Donald Trump’s administration rolled out a long-awaited overhaul of U.S. arms export policy aimed at expanding sales to allies, saying it would bolster the American defense industry and create jobs at home.

One of the administration’s architects of that policy was Trump’s trade adviser Peter Navarro. Navarro, a China hawk, wrote about the possible sale of tanks to Taiwan in a March opinion column in The New York Times ahead of presidential trip to the Lima, Ohio, plant where they are made.

At a low point, the U.S. Army had only one tank coming from the plant a month, General Dynamics CEO Phebe Novakovic said during an April conference call with investors, but said “we’ll be rolling out 30 tanks a month by the end of this year,” partly because of international orders.

Last week, the Pentagon announced it would sell 34 ScanEagle drones made by Boeing Co. to the governments of Malaysia, Indonesia, the Philippines and Vietnam for $47 million.

China claims almost all of the strategic South China Sea and frequently lambastes the United States and its allies over naval operations near Chinese-occupied islands. Brunei, Indonesia, Malaysia, the Philippines, Taiwan and Vietnam have competing claims.

Last weekend, at the Shangri-La Dialogue in Singapore, China’s Defense Minister Wei Fenghe warned the United States not to meddle in security disputes over Taiwan and the South China Sea.

Acting U.S. Defense Secretary Patrick Shanahan told the meeting that the United States would no longer “tiptoe” around China’s behavior in Asia.