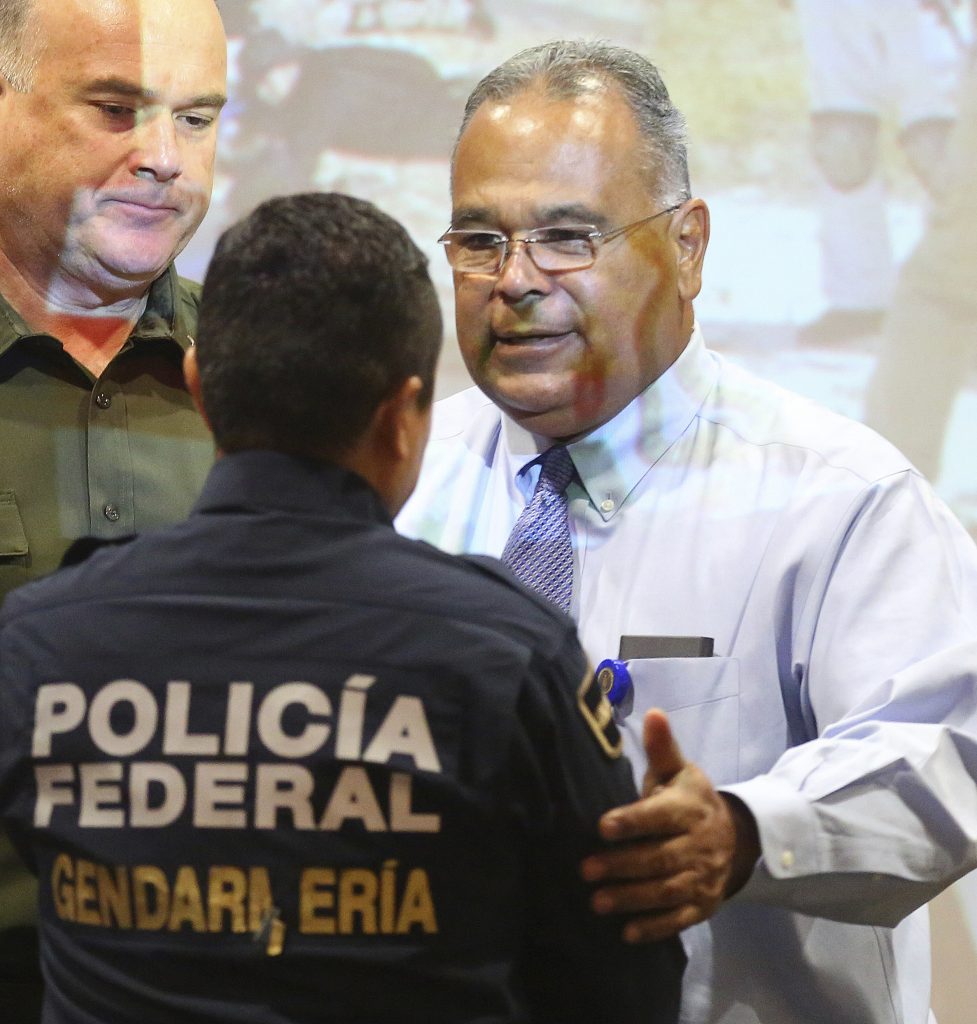 Mexican soldiers, armed police and migration officials blocked hundreds of migrants after they crossed the border from Guatemala in a caravan into southern Mexico on Wednesday, and detained dozens of them, a witness from a migrant aid group and an official said.

The Mexican response in the border town of Metapa, which included dozens of soldiers, marked a toughening of the government’s efforts to curb the flow of mainly Central American migrants, said Salva Cruz, a coordinator with Fray Matias de Cordova.

“That many sailors and military police, yes, it’s new,” Cruz said, by WhatsApp, from Metapa, in the southern border state of Chiapas, where the vast majority of migrants cross into Mexico. Many are asylum seekers fleeing violence and poverty in Honduras, Guatemala and El Salvador.

The operation in Chiapas coincided with a meeting of Mexican and U.S. officials at the White House on Wednesday to thrash out a deal that would avoid blanket tariffs on Mexico threatened by U.S. President Donald Trump last week.

Trump announced the tariffs in retaliation for what he called Mexico’s failure to stop Central American migrants reaching the U.S. border.

U.S. border officers apprehended more than 132,000 people crossing from Mexico in May, a third more than in April and the highest monthly level since 2006, reaching what U.S. officials said on Wednesday were “crisis” levels.

A National Migration Institute (INM) official in Mexico City who was unauthorized to talk to the media said, on condition of anonymity, that the migrants were being asked to show their status in Mexico.

It was not immediately possible to verify how many migrants crossed into Mexico.

On Wednesday afternoon in Mexico City, police detained Irineo Mujica, director of the U.S.-Mexico migrant aid group Pueblo Sin Fronteras, and Cristobal Sanchez, a migrant rights activist, according to Alex Mensing, a coordinator with the group.

Pueblo Sin Fronteras has for several years guided annual caravans through Mexico, seeking to protect migrants and to advocate for their rights along a 2,000-mile trail ridden with criminals and corrupt officials who prey on lone travelers through kidnapping, extortion and other forms of assault.

Since April 2018, Trump has lashed out at the caravans of Central Americans wending their way to the United States, while blaming Mexico for failing to stop their movement to the U.S. border.