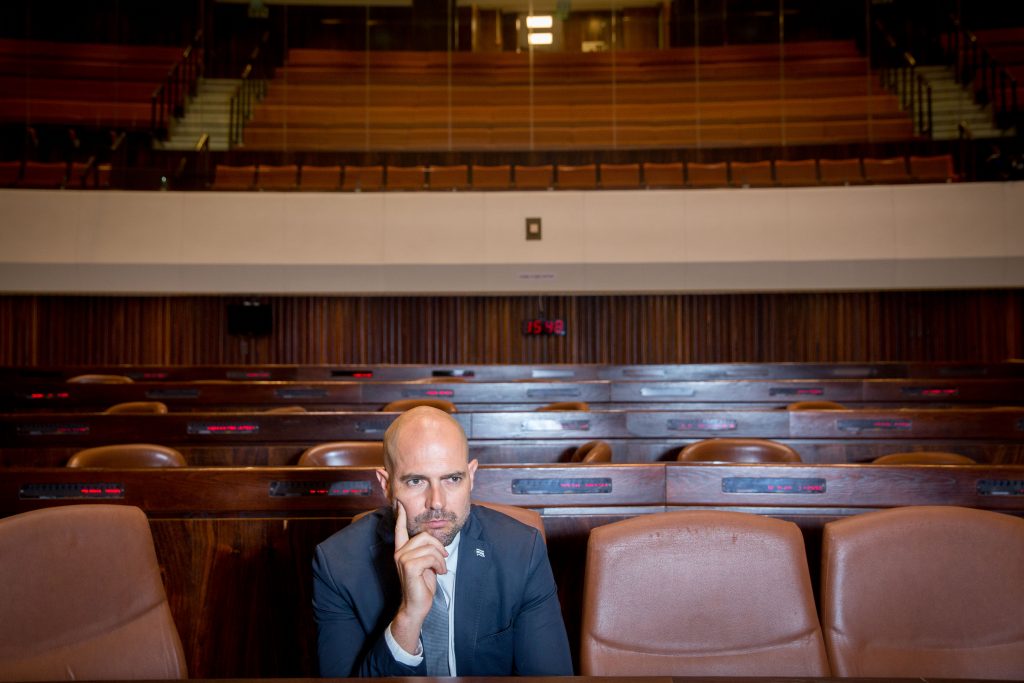 Netanyahu took over as acting justice minister on Tuesday after firing Ayelet Shaked, but could not continue in the post as it made Attorney General Avichai Mandelblit his subordinate at a time when the latter was preparing to indict him on corruption charges. Justice ministry officials were reportedly outraged when they learned of the prime minister’s intention to do so even for a few days.

Ohana has been a consistent supporter of the prime minister and, as a lawyer, was known to be in the running for the portfolio. Competition from United Right MK Betzalel Smotrich appeared to implode earlier in the week when Smotrich touched off a row over remarks about his intention to advance Torah law in the Israeli justice system. Avigdor Liberman said it proved Netanyahu was turning the country over to religious extremists, and Netanyahu disavowed Smotrich’s comments.

Following the announcement of Ohana’s appointment on Wednesday evening, Smotrich congratulated him, but lashed out at Netanyahu.

“[Ohana] isn’t the story,” Smotrich wrote on Twitter. “The story is that Netanyahu wouldn’t treat any of his other partners like he allows himself to treat religious Zionists. “It is time we draw conclusions.”

Smotrich has insisted that the post should go to himself, as a member of the Union of Right-Wing Parties, in keeping with a promise Netanyahu made before the April elections.

The official Prime Minister’s Office statement announcing the appointment emphasized Ohana’s professional qualifications as “a lawyer who is very familiar with the legal system,” his law degree and his apprenticeship in the State’s Attorney’s Office Tel Aviv district. The statement said Ohana has appeared before courts across the country and sponsored key legislation in the Knesset, including the Nation-State Law.