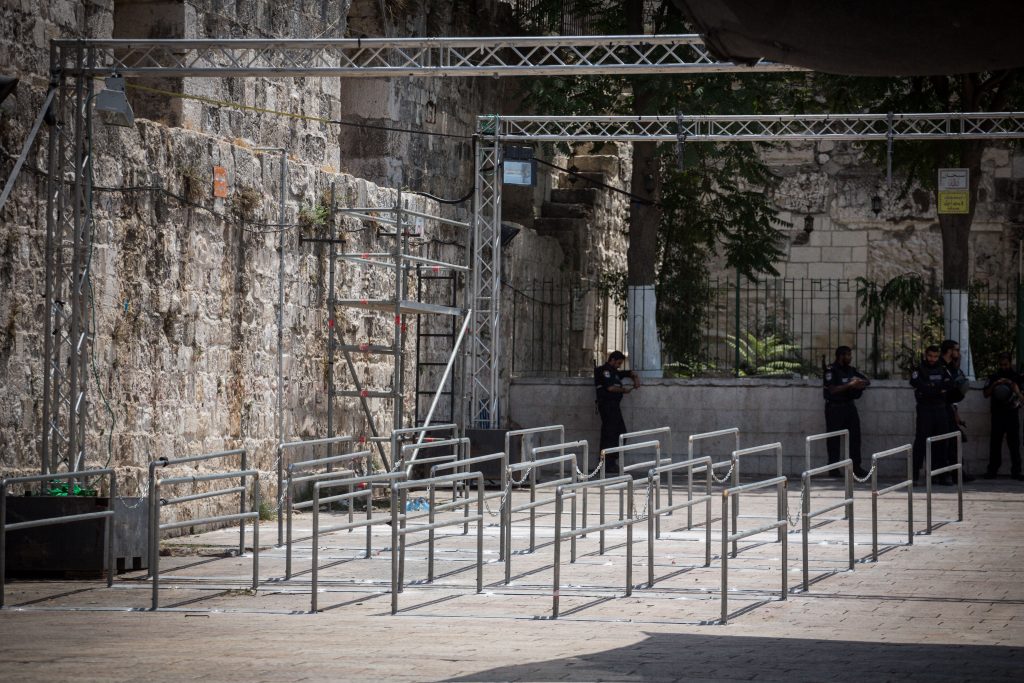 Israeli authorities, in cooperation with Jordan and the Gulf states, have cleared a garbage dump outside the Old City walls near Har HaBayis, The Jerusalem Post reported on Wednesday.

The site, which had become an eyesore and a health hazard, is now slated to become a promenade for tourists.

The Wakf, which administers the Moslem area on behalf of Jordan, agreed to the clearance project, as it was considered an affront to worshippers who passed by it on the way to Al Aqsa mosque. Due to the sensitivity of any Israeli work in the area, it was done quietly over recent weeks.

In order to move the dump, the Jerusalem Development Authority — under direction of the Municipality and Mayor Moshe Lion — conducted negotiations with the Greek Orthodox Church for a cleaner and environment-friendly garbage plant, farther away from the Old City walls.

The project cost 6 million shekels and was authorized through a cabinet decision in May 2017.

The new promenade reportedly will circle along the Old City walls and serve as a tourist attraction.