Technology Is There Finally More Help in the Fight Against Robocalls?
Health, Science & Technology 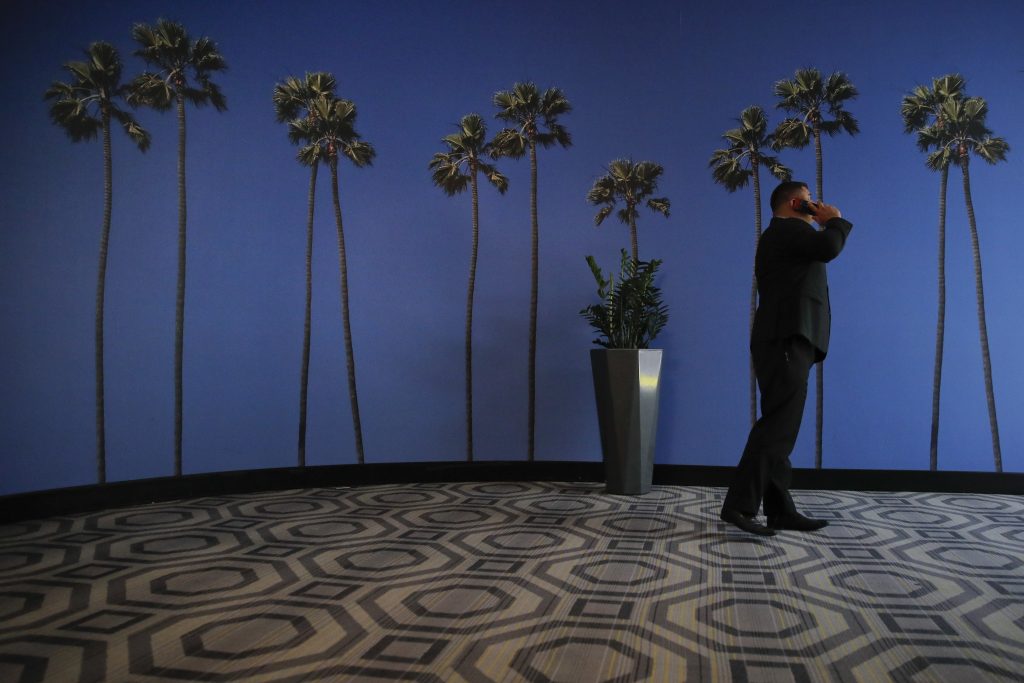 Political gridlock could derail bills aimed at beefing up enforcement and forcing phone companies to do more. The companies have been slow to act against such automated calls on their own. And even if companies do implement better technology, scammers and telemarketers will somehow get through in this never-ending arms race.

“We get things working really well. We’re flagging all these calls as scams. And then the scammers find a new way,” said Grant Castle, vice president of engineering at T-Mobile. “We have to adjust. It is a constant back-and-forth.”

Still, there’s hope that new efforts from the Federal Communications Commission and the industry should help you dodge many robocalls, even if they won’t go away completely. In a scheduled vote Thursday with big implications, the FCC is clarifying that phone companies can block many unwanted calls without asking customers first.

Phone scams have cost victims millions of dollars. And they disrupt institutions, not just your dinner. A hospital in Florida, the Moffitt Cancer Center, received 6,600 calls over 90 days faked to look like they were coming from inside the hospital, diverting 65 hours of staff time from patient care.

The aggravation isn’t limited to scammers pretending to be from the IRS or Social Security. Call-blocker YouMail estimates that about a third of robocalls come from debt collectors and companies pitching cruises or insurance.

The robocall problem has exploded because cheap software makes it easy to make mass calls. Enforcement against illegal callers is negligible. Federal agencies have fined scammers hundreds of millions, but it’s been difficult to collect. Many of the callers are overseas. It’s hard to throw the fraudsters in jail.

As a result, robocalls from scammers and legitimate companies have risen to 5 billion per month in the U.S., according to YouMail. That’s up from 2.7 billion in November 2017, when the government gave wireless companies such as Verizon and T-Mobile permission to block some problem calls that are certainly scams, like if they started with a 911 area code.

Wireless carriers are implementing a system to identify faked numbers and have rolled out call-blocking apps. But they haven’t done much else, worried about their own legal liability for accidentally blocking calls that should go through.

FCC Chairman Ajit Pai believes wireless carriers will have an incentive to step up and offer these services for free.

“These robocalls that are being placed on their own networks are a hassle and a cost for them to handle,” Pai said in an interview.

He said he hopes that this measure helps consumers avoid all unwanted calls, not just illegal scams.

That worries businesses and institutions that make such calls. Royal Credit Union, a small Midwestern bank, says widespread call-blocking would make it harder for their fraud alerts and low-balance warnings to reach customers. Customers “expect us to reach them in certain situations,” CEO Brandon Riechers said.

Another angle of attack is to get rid of “spoofed” numbers. That’s when a scammer fakes the number on your phone to look like it’s coming from the same area code you have, in an effort to get you to pick up.

The industry has been working on a system that will ensure that the number that comes up on people’s phones is real. That’s only beginning to roll out, and to work well, all the carriers have to implement it. There’s no hard government deadline, but Pai has threatened regulatory action if it doesn’t happen this year.

The Senate, with near-unanimous support, passed a bill in May that would give carriers an 18-month deadline, as well as give regulators more tools to go after scammers. But it’s not clear how the bill will fare in the Democrat-controlled House, which has several anti-robocall proposals that go further.

New technology should help fight the problem, but the government must force carriers to implement it, said Dave Summitt, Moffitt’s cybersecurity executive.

He believes Congress needs to force carriers to stop spoofed numbers from showing up on phones. But he’s also worried organizations like his would have to redo their telecom systems to get that technology to work.

Even when this system does launch, there are issues. T-Mobile has deployed the system for calls between its customers, but it doesn’t work on iPhones yet. Old-fashioned copper landlines will be left out, too.

And determined scammers and telemarketers will likely find ways to get through, as they are good at wriggling through defenses. Think of how malware on personal computers is still a problem despite antivirus software. The government’s Do Not Call Registry has been around since 2003, but Americans still get billions of unwanted calls.

Automated callers could circumvent new safety measures by buying real numbers and using those to call you. They could hack into businesses and hijack the phone lines, then use those to call out, said T-Mobile’s Castle. He said he has already seen that happen.