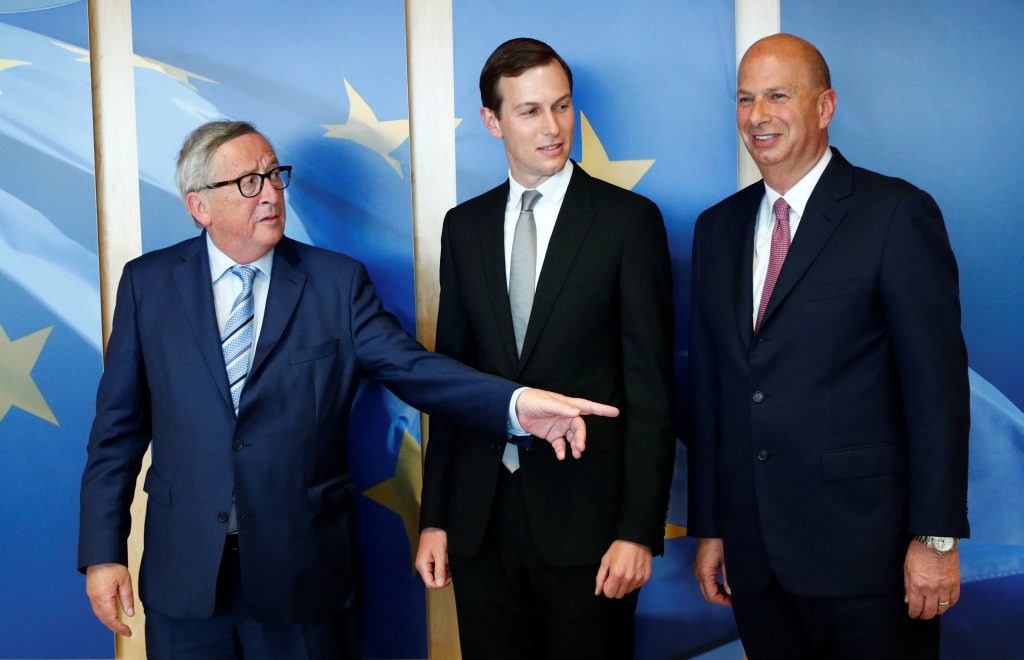 European Commission President Jean-Claude Juncker is urging the United States to respect the needs of both Israelis and the Palestinians in any future Mideast peace moves.

Juncker’s office says that in a meeting Tuesday, President Donald Trump’s son-in-law Jared Kushner shared some of the administration’s thoughts about the way ahead in the region.

The E.U. officials listened to Kushner’s “ideas and underlined the fundamental interest of the European Union for a lasting and sustainable peace and stability in the region.”

They say “the economic development of the whole region is crucial. It must be accompanied by viable political progress that takes into account the aspirations of both the Palestinians and the Israelis.”