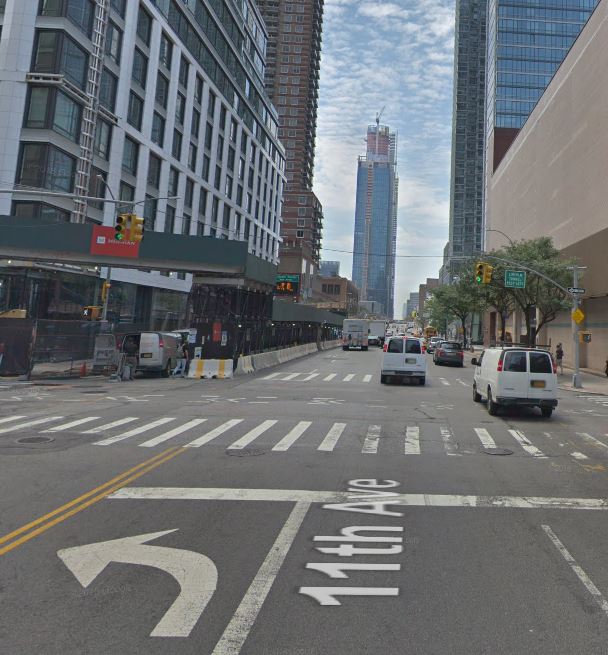 Drivers travelling along 11th Avenue in Manhattan 42nd Street and 57th Street were surprised to find that the traffic pattern had suddenly changed to a southbound one way. The change near the Lincoln Tunnel came without notice, leaving motorists shocked and befuddled.

Reports of traffic officers issuing summonses to drivers along the stretch going the wrong direction were raised at a news conference, where Chief of Transportation Thomas Chan admitted that he had heard such reports and was looking into the matter.

“Normally when the Department of Transportation completes the sign change, we will have a five day grace period before they will issue summonses. So, we’ll look into that particular matter.”

The Department of Transportation said the change was intended to help with traffic congestion around the tunnel as part of the de Blasio administration’s “Vision Zero” plan.

By this morning, the Department of Transportation reversed course, but the damage was already done. By Wednesday morning, 11th Ave. from 52nd St. to 57th St. was back to two-ways. The change to a one-way traffic pattern would begin in two weeks, said the DOT.

In a statement issued by the department about the changes, they wrote, “The one way conversion up to 52nd Street is complete and is currently in effect. There is a five day grace period in regards to ticketing, and NYPD is aware of the recent changes.”

“Please note, the conversion from 52 Street to 57 Street will start in two weeks and will take about a week to complete. The bike lane on the west side from 57 Street to 42 Street and the bus boarding islands on west side will be finished by the end of summer.

“The project will improve traffic flow, quicken buses, and shorten ped crossing distances. DOT has been in constant communication and has worked closely with Community Board 4 on this plan.”