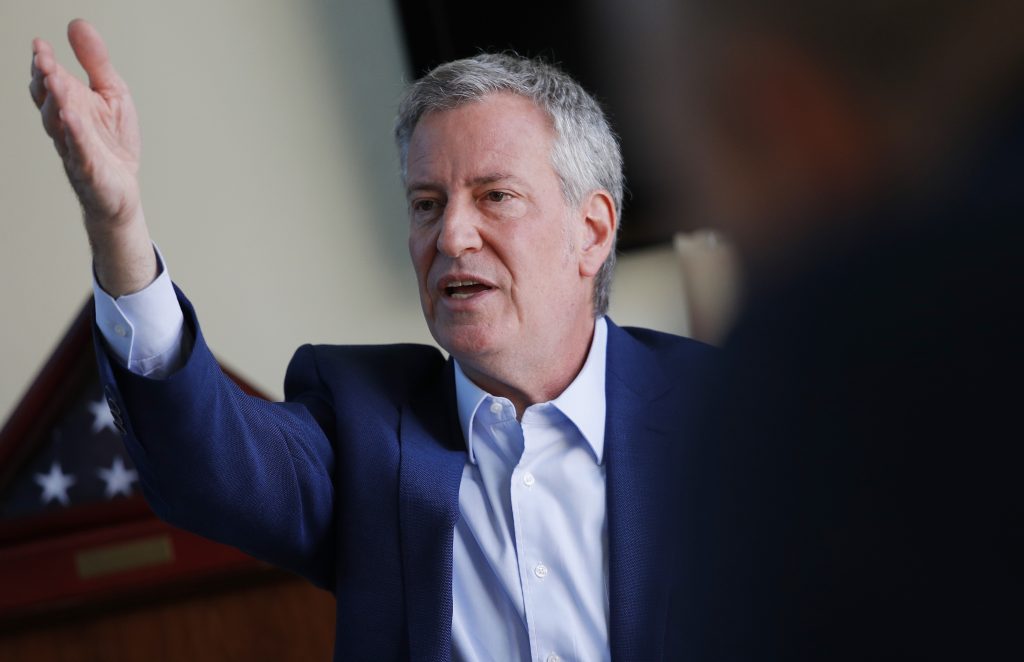 The New York Hotel and Motel Trades Council announced Wednesday that it is endorsing de Blasio and will send members to campaign for him in early voting states, including New Hampshire, Iowa and South Carolina.

De Blasio is among two dozen candidates seeking the Democratic presidential nomination. Since joining the race last month, he has struggled to emerge from the pack and may not qualify for the first Democratic debates.

The 40,000-member union local is an affiliate of the national hotel workers union UNITE HERE.