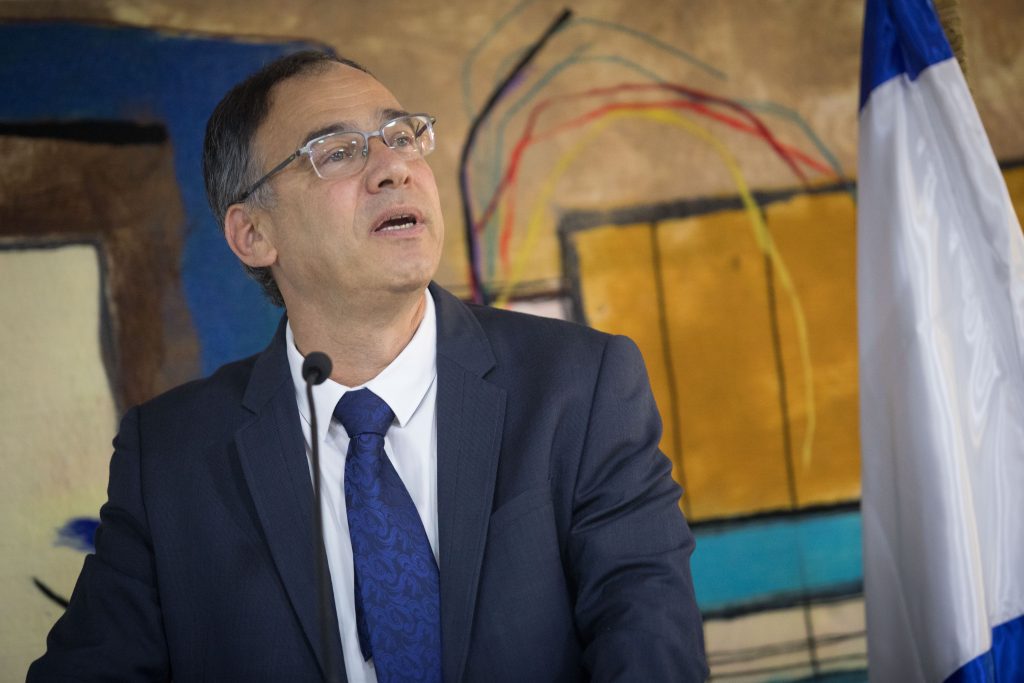 United Right party MK Betzalel Smotrich will not be apologizing for his comments earlier in the week about returning Torah law to Israel.

“There are some people who are afraid of me,” he acknowledged. “I don’t think a single person thinks that tomorrow morning I’ll turn Israel into a state of Jewish law, that’s something I never said, not even in the past few days.”

“I have no intention of stammering or apologizing, or ceasing pushing for the things I believe in,” he said in an interview on Tuesday with 103FM Radio.

Avigdor Liberman quickly seized on the remarks as proof that Prime Minister Binyamin Netanyahu, who has been considering Smotrich for the position of justice minister, was giving in to extremist religious elements, which his Yisrael Beytenu party opposes.

Netanyahu then disavowed the statements, saying that “there will be no halachic state.” A Likud source added that Smotrich’s outspokenness had cost him whatever chance he had of being appointed justice minister, even on a temporary basis.

Smotrich noted, among other things, that the furor was based on a perception of Torah law as harsh and despotic.

There’s a “complete lack of understanding” when it comes to how Jewish law works, he said. For example, “When you say ‘an eye for an eye’ it’s obviously not physically, it’s monetary [compensation].”

Also, on Tuesday, Ayelet Shaked vacated the office of the justice ministry, though she vowed to return.

“I had planned to continue my work here for another four years… but unfortunately, that plan went a little wrong,” she said at a farewell ceremony.

In remarks directed to her yet-to-be-named successor, Shaked said: “Take care of this office, because I definitely intend to return.”

Despite Shaked’s hard-charging efforts to reform the judiciary, the send-off took place in an amicable atmosphere, according to The Times of Israel.

Attorney General Avichai Mandelblit praised her, saying, “You came to bring about change, and you changed things. Change isn’t a dirty word.” Though they sometimes disagreed, Mandelblit says, he praises Shaked for carrying out her reforms “with study, dialogue and attentiveness.”

State Attorney Shai Nitzan, a nemesis of the Shaked’s right-wing constituency, noted: “We have had regular, substantive, respectful, open and serious discussions. We didn’t always agree. We sometimes believed that bills the minister wanted to advance, or other steps she sought to take, did not comply with the Basic Laws, and there were statements that we believed unnecessarily hurt the judicial system. In those cases, we made our positions known, had a deep dialogue with you, and in many cases came to agreement. Even when we did not agree, we always appreciated your seriousness and honesty,” he said.

The firings were widely seen as Netanyahu’s way of keeping the two from using their powerful offices as platforms for the coming election campaign.

However, MK Yoaz Hendel (Blue & White) imputed it to a personal failing of Netanyahu’s, his unwillingness to bear criticism.

“Likud MKs are not allowed to really say what they think about the dispersal of the Knesset, to his ministers, he does not allow anyone to speak; someone who chuckles something by mistake – loses his head,” Hendel said on Tuesday.

In addition, former Likud communications minister Ayoub Kara was up for appointment as ambassador to Egypt and current Public Security Minister Gilad Erdan might be the next ambassador to the United Nations.