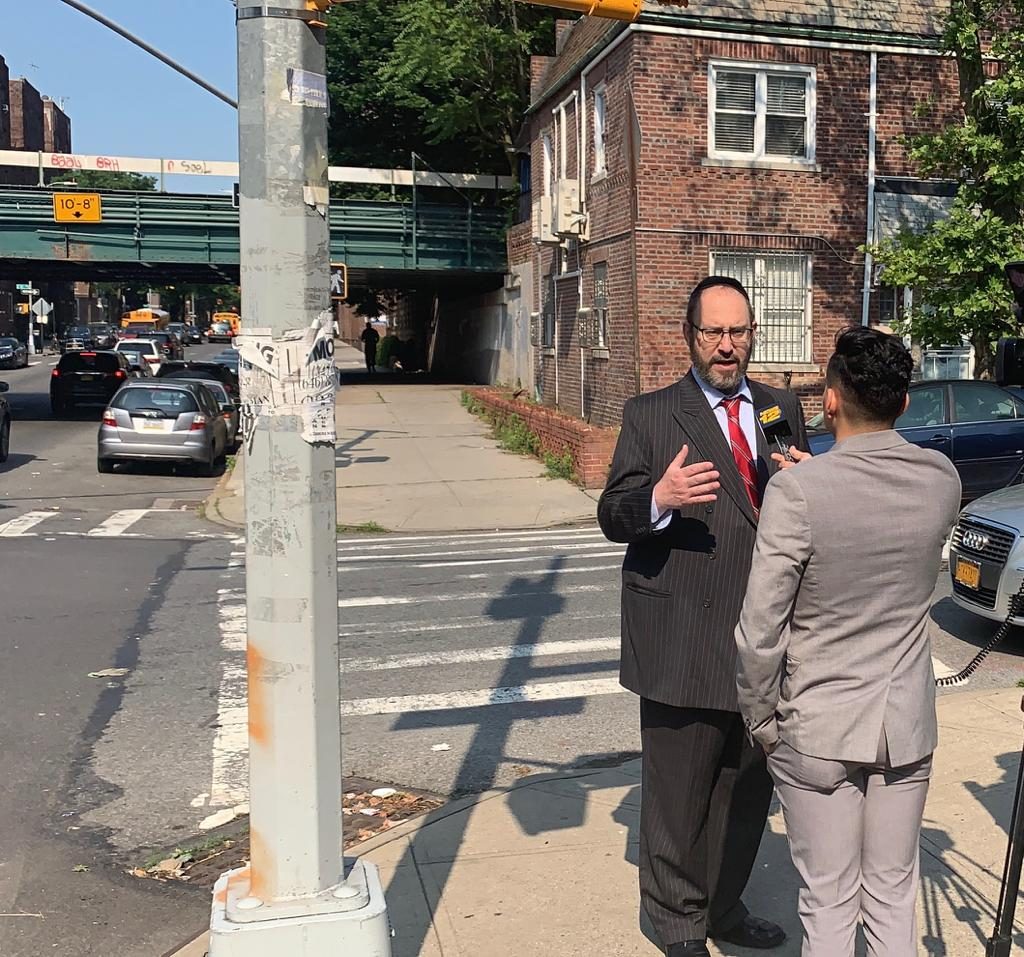 State Senator Simcha Felder and residents of Midwood, in response to numerous crashes between trucks and overpasses in the neighborhood, have asked the Department of Transportation to install flashing lights to help alert drivers to the low clearances and prevent these accidents.

Residents say that on several occasions in the past few months alone, trucks that are too tall get stuck or crash, with the impact on traffic being extremely disruptive. This past weekend, a truck crashed near Avenue K and 15th Street, spilling its contents and blocking traffic for several hours while crews cleaned up the debris. Another truck crashed in the same spot in January.

Dating back to October, 2017, Sen. Felder and his colleagues who represent the district have made numerous requests of the Department of Transportation to install improved measures to prevent such incidents. “Flashing sign lights that are very visible a few blocks before in each direction, poles at that height so that a truck passes it, hits and says ‘oh, this is not a good thing,’” would help alert the drivers to avoid the underpass says Sen. Felder.

The DOT responded that they upgraded existing signs with reflective material, which are placed in spots that should give a truck driver enough time to avoid the overpasses. Residents claim these signs are not sufficient, since in the year since those upgrades were made there have been several additional collisions.

In a statement, the DOT stated, “DOT encourages all motorists to pay attention to the posted signage”, adding that two large signs are posted in the location.

Sen. Felder plans to request that the DOT commissioner visit the sites in person, so the residents and their representatives have an opportunity to better present their concerns.