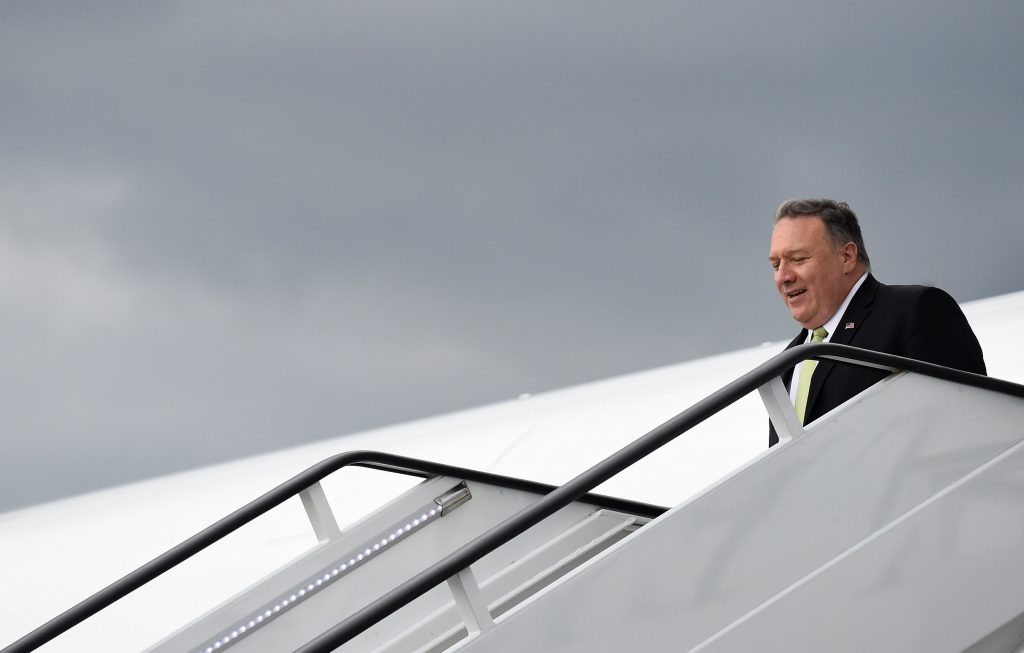 Secretary of State Mike Pompeo has clarified comments he made which appeared to downgrade the prospects for success of the Trump administration’s Mideast peace plan.

“I get why people think this is going to be a deal that only the Israelis could love,” Pompeo said in those remarks. “I understand the perception of that. I hope everyone will just give the space to listen and let it settle in a little bit.”

The comment, leaked from an off-the-record meeting last week between Pompeo and the Conference of Presidents of Major American Jewish Organizations, was reported on Sunday by The Washington Post.

Pompeo did not deny the quote, but said in a subsequent interview with the Sinclair Broadcast Group:

“I can see how someone might be concerned that a plan that this administration put forward might, without knowing the true facts of what is contained in the plan, they might perceive that it was going to be fundamentally one-sided,” Pompeo told Sinclair. “And I was articulating that there because it’s just simply not true.

“I think there’ll be things in this plan that lots of people like, and I am confident, as I said — I think it was quoted in that paper as well — there’ll be something in there that everyone will find I’m concerned with,” Pompeo told Sinclair. “Our idea is to present a vision and to continue to work towards a very, very difficult situation’s conclusion.”

When asked about his secretary of state’s initial comments, President Trump told reporters Sunday en route to London that he “may be right…I mean, most people would say that.”