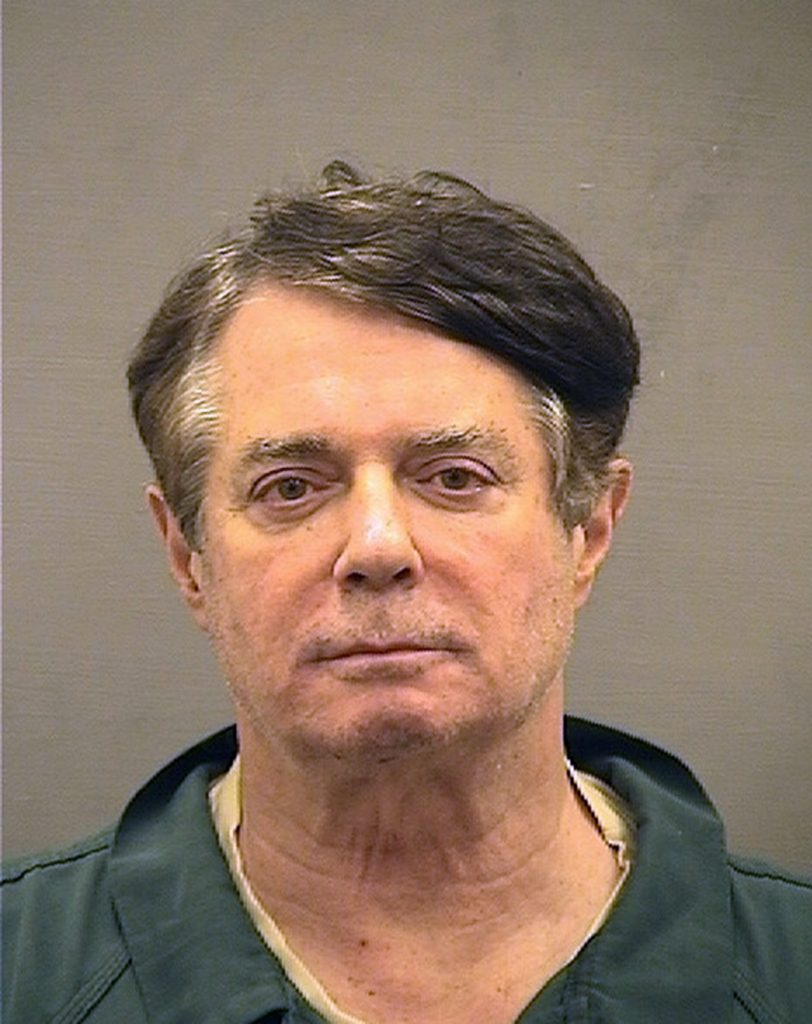 Paul Manafort, President Donald Trump’s former campaign chairman, who is already behind bars in Pennsylvania on a federal conviction, is close to being transferred into custody in New York City to face state fraud charges, two people familiar with the matter said Tuesday.

Manafort could be arraigned on the state charges as early as next week and then begin a stay at the city’s notorious jail complex on Rikers Island until the case is resolved, the people said.

Manhattan District Attorney Cyrus R. Vance Jr. made a request for his office to pick up Manafort at the federal lockup using a law providing for the transfer of prisoners under indictment in another jurisdiction, they added.

The people spoke to The Associated Press on condition of anonymity because they weren’t authorized to discuss the case. The transfer request was first reported Tuesday by The New York Times.

Manafort, 70, now faces the prospect of becoming an inmate at Rikers Island, a facility that has faced years of complaints about violence by guards and gang members, mistreatment of the mentally ill and unjustly long detention for minor offenders. He likely would be placed in protective custody because of his high profile.

In March, Manafort was sentenced to 7 1/2 years in prison on federal charges brought by special counsel Robert Mueller accusing him of misleading the U.S. government about his lucrative foreign lobbying work and for encouraging witnesses to lie on his behalf.

Immediately after the sentence was imposed, New York prosecutors unsealed a 16-count indictment accusing him of giving false information on mortgage loan applications.

The new case appeared designed at least in part to protect against the possibility that Trump could pardon Manafort, who led the president’s 2016 White House bid for months. The president can pardon federal crimes but not state offenses.

New York lawmakers doubled down on the issue in May by passing a bill meant to ensure state prosecutors could pursue charges against anyone granted a presidential pardon for similar federal crimes.

The legislation, supported by Democratic Gov. Andrew Cuomo, revises the local double jeopardy law to protect the state’s ongoing investigations into the Republican president and his associates.