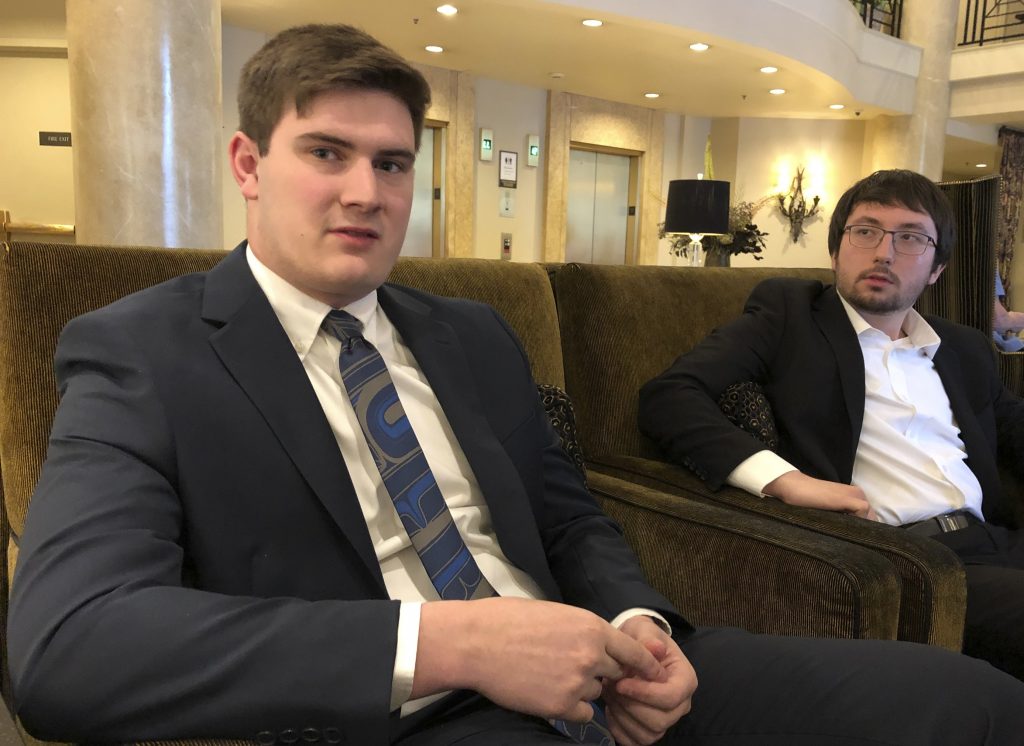 Young people who sued the U.S. government over climate change are preparing for a key court test as the Trump administration tries to prevent the case from moving forward.

Nathan Baring of Fairbanks, Alaska, wants the government to stop throwing up legal obstacles to try to prevent a trial on whether U.S. energy policies are causing climate change.

The 19-year-old said Tuesday that sea ice protecting coastal Alaska communities from storms is forming later in the year, leaving the villages vulnerable.

The young people argue that U.S. energy policies are causing climate change and hurting their future. The lawsuit asks the courts to declare the policies unconstitutional.

The Obama and Trump administrations have tried to get the lawsuit dismissed since it was filed in Oregon in 2015. Three judges from the 9th U.S. Circuit Court of Appeals heard arguments Tuesday in Portland from the group involving 21 young people and the federal government but are not expected to rule right away.

A U.S. Justice Department lawyer says young people in Oregon suing the U.S. government over climate change wrongly want the courts — instead of elected officials — to direct things such as energy policy.

Jeffrey Clark, an assistant attorney general, says the lawsuit is an attack on the separation of powers. Clark told the judges the judiciary should not usurp the executive or legislative branches in setting federal policy.