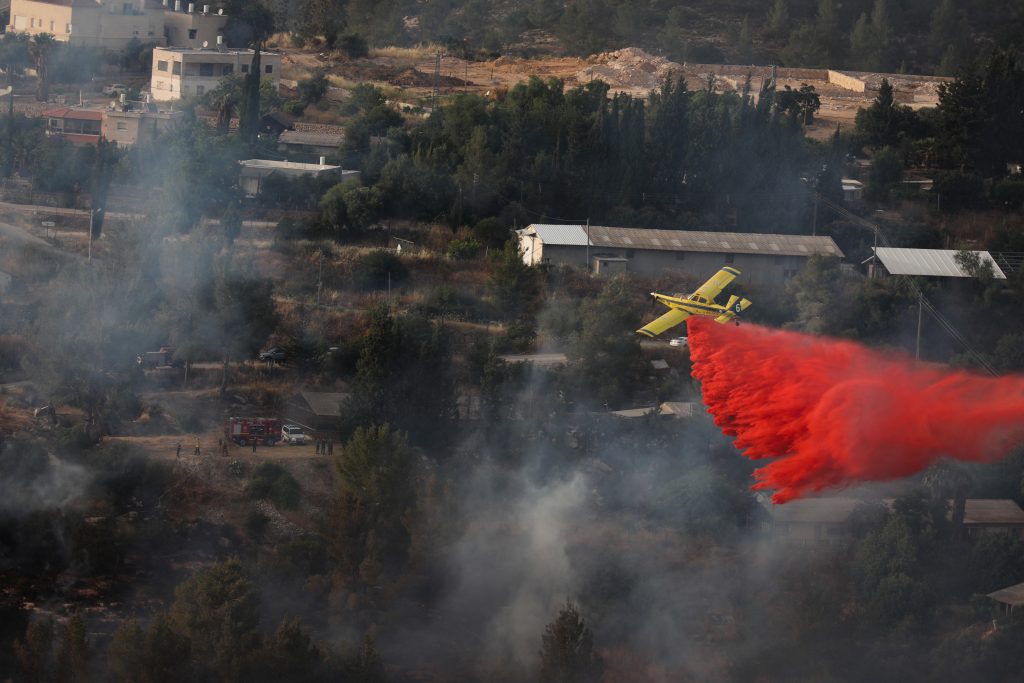 Firefighters have subdued two large fires near Yerushalayim, in the moshav of Even Sapir and on Begin Road, a main thoroughfare bisecting Yerushalayim, near Route 1, on Tuesday afternoon.

Sixteen firefighting squads, supplemented by at least six firefighting aircraft were deployed in the area, in the western outskirts of the capital.

Some homes in the moshav of Even Sapir were ordered evacuated, according to firefighters, but the order was subsequently canceled. The moshavim of Ora and Aminadav were also threatened by the blaze.

Begin Road was closed in both directions, but has since been reopened.