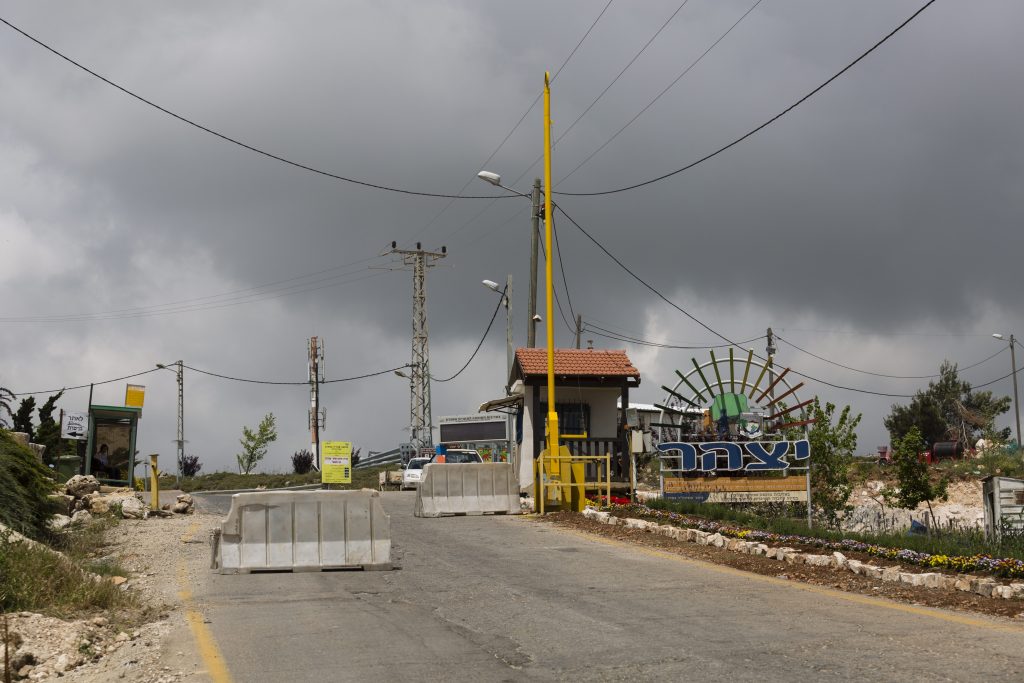 The Knesset is not operating and the government is limping along on caretaker status, but that has not stopped the Civil Administration from continuing to enforce demolition orders against Jewish-owned buildings on land claimed by Arabs in Yehudah and Shomron. On Tuesday, hundreds of border guards descended on the Binyamin region town of Yitzhar, where a structure occupied by a family was demolished.

The guards and accompanying tractors arrived early Tuesday at the building, rousing the family inside and forcing them out. Family members quoted in media outlets claimed that they were not allowed to take any personal items with them, a claim the Civil Administration denied.

Hundreds of protesters demonstrated against the demolition, comparing the alacrity with which the government demolished illegally-built Jewish homes with the near-total lack of action against illegally-built Arab homes – including the illegal settlement of Khan al-Ahmar, near Maale Adumim, which has received High Court clearance for demolition.

Despite that, protesters said, the government – and in particular Prime Minister Binyamin Netanyahu – “chooses to demolish in Yitzhar but not in Khan al-Ahmar. This is not enforcement of the law, but a choice by Netanyahu to hurt Jews. It’s clear that Netanyahu is of the left – the weak left.”

The High Court in September 2017 paved the way for demolition of Khan al-Ahmar, illegally built on state land adjacent to Maale Adumim. The court had previously in May given its permission to go ahead with the evacuation and demolition of the encampment, but froze the process after Bedouin and leftist groups petitioned against the demolition in July 2018. In response to a lawsuit last month by the Regavim organization, the court said the government could postpone the demolition until the formation of a new government.