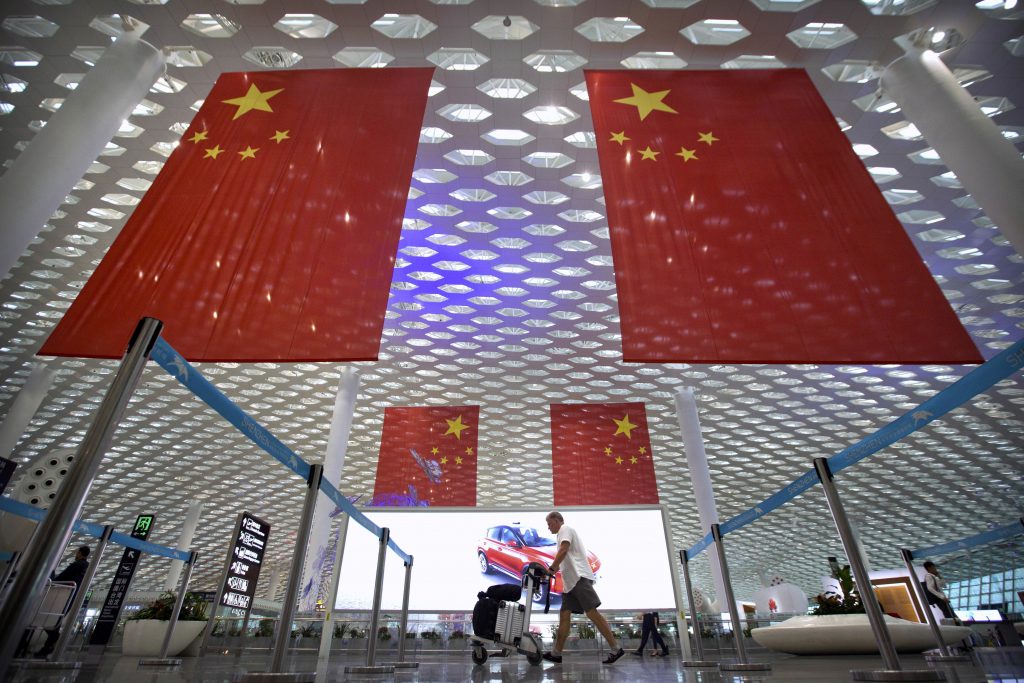 China issued a travel warning for the U.S. on Tuesday, saying Chinese visitors have been interrogated, interviewed and subjected to other forms of what it called harassment by U.S. law enforcement agencies.

The warning urges Chinese citizens and Chinese-funded bodies in the U.S. to step up their safety awareness and preventative measures and respond “appropriately and actively.” It was issued by the Foreign Ministry, as well as the Chinese Embassy and Consulates in the U.S.

The warning comes amid an increasingly bitter trade dispute between the sides and tougher immigration enforcement by the Trump administration.

Also Tuesday, China’s Ministry of Culture and Tourism issued its own travel alert for the U.S., noting the high frequency of shootings, robberies and theft in the country. Chinese students abroad were also urged Monday to assess the risks involved given tightened visa restrictions.

The alerts are valid until Dec. 31.

Chinese media has been abuzz with talk of U.S. visa and green card denials and other travel, education and employment woes under Trump, who has sought to restrict the numbers of foreign visitors and others coming to the U.S. for what he claims are security and economic reasons.

Partly as a result, Chinese travel to the U.S. is falling after more than a decade of rapid growth, leaving cities, malls and other tourist spots scrambling to reverse the trend.

Travel from China to the U.S. fell 5.7% in 2018 to 2.9 million visitors, according to the National Travel and Tourism Office, which collects data from U.S. Customs forms. It was the first time since 2003 that Chinese travel to the U.S. slipped from the prior year.

China also issued a travel warning for the U.S. last summer, telling its citizens to beware of shootings, robberies and high costs for medical care. The U.S. shot back with its own warning about travel to China.