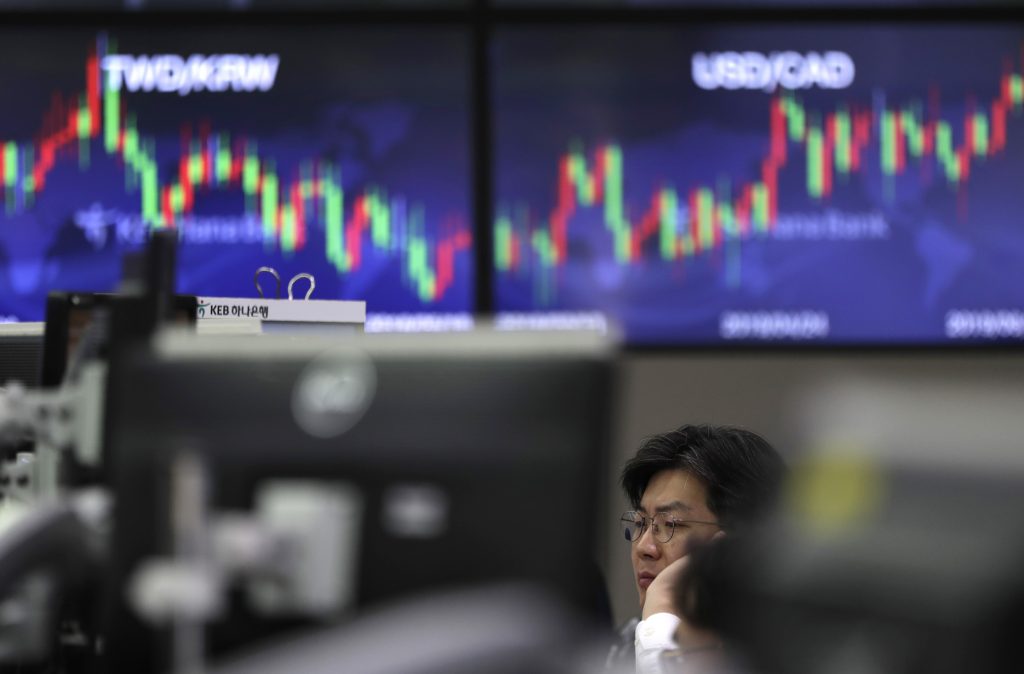 Shares in Asia inched higher and safe-haven assets gave up some overnight gains on Tuesday, as investors paused for breath after a volatile Wall Street session, but deeper concerns about growth have capped broader improvements in risk sentiment.

Investor focus has shifted to monetary policy this week with Australia’s central bank all but certain to cut interest rates to a fresh low at its meeting on Tuesday and India also tipped to ease on Thursday.

Most equity markets in the region shook off Wall Street’s overnight weakness, which took the Nasdaq into correction territory. In early trade, MSCI’s broadest index of Asia-Pacific shares outside Japan was up 0.17%.

“Sentiment remains downbeat and the weakness across the board in purchasing managers indices, published Monday, helped to feed the anxiety surrounding the outlook for global growth,” analysts at ANZ said in a morning note.

U.S. manufacturing growth slowed further in May to its weakest pace in more than two and a half years, defying expectations for a modest rebound.

Australian shares were up 0.24% ahead of the expected interest rate cut by the Reserve Bank of Australia, as the bank hopes to revive growth.

But Japan’s Nikkei gave up early gains to turn down 0.29%.

On Monday the Nasdaq fell 1.61% to 7,333.02, taking it more than 10% lower than its May 3 closing record, as fears that U.S. antitrust regulators could target Alphabet, Facebook and Amazon.com dragged down shares in those companies.

The two-year yield turned higher, rising to 1.8597% on Tuesday compared with a U.S. close of 1.84%. The yield had fallen earlier, reflecting raised expectations of a more accommodating Federal Reserve. St. Louis Fed president James Bullard on Monday said that a U.S. interest-rate cut “may be warranted soon” given risks to global growth posed by trade tensions and weak U.S. inflation.

In further signs that investors’ nerves remain unsettled, gold gained 0.12% to $1,326.41 per ounce, just off a three-month high, and Japan’s yen strengthened, with the dollar dropping 0.18% against the Asian safe-haven to 107.87.

“Risk aversion has also been seen with the yen carry trade unwinding as the markets comprehend that the U.S. technology containment strategy towards China is unlikely to reverse,” analysts at Jefferies said in a note.

“In the short term, positioning has become so bearish that ‘a cease-fire’ could spark a risk rally.”