Israel Aides to Smotrich: Netanyahu Planned to Hold Onto Justice All Along
Israel 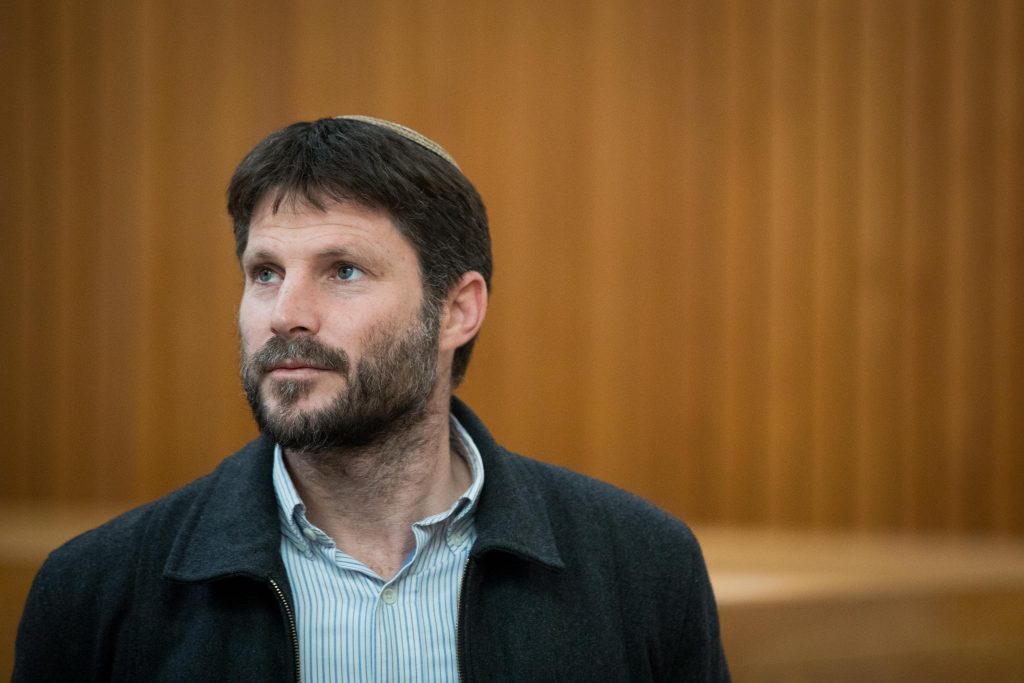 When the Likud and Prime Minister Binyamin Netanyahu side with the left and the media against comments by MK Betzalel Smotrich on the importance of instituting Jewish law in the Israeli legal system, “it looks like he is preparing an alibi for his failure to form a government by trying to offload the responsibility onto others. It would be best if Netanyahu would concentrate on running a good campaign and not impugning his coalition partners,” sources close to Smotrich were quoted by Smotrich as saying.

The new rift on the right – between Netanyahu and Smotrich – was prompted by comments the United Right List MK made in an interview Monday. Smotrich said that “the job of a Justice Minister in Israel will be to restore Jewish law as the law of the land. Jews who go to synagogue daily say the brachah of Hashivah Shofteinu (‘restore our judges as in previous days’). The Jewish people are a unique people who must live under the laws of the Torah. Nothing is being done now, and nothing will be forced on anyone.” His job as Justice Minister, Smotrich said, would be to expose Israelis to Torah law and help them become familiar with its benefits.

Leftists condemned the comments. Labor MK Shelly Yechimovich said that “Smotrich’s shocking statements are a warning sign for the wave of conservatism in some parts of the right. The potential Justice or Education minister wants to institute laws that will” essentially make Israel a medieval society.” Meretz head Tamar Zandberg said that “the true, crazy vision of Smotrich has now been revealed.

And Likud sources were quoted in media reports as saying that Smotrich could now never be appointed Justice Minister, as he had demanded in the coalition negotiations. “Any chance he had at that job is gone,” the sources said, as Netanyahu himself wrote in a social media post that “Israel is not and will not be a halachic state.”

That is not what Smotrich was talking about, and Netanyahu knows it, sources close to Smotrich were quoted in the Yediot report as saying. “The Justice portfolio is essential for any right-wing government to make changes, and Netanyahu is just taking advantage of Smotrich’s comments on love of Torah and tradition to name himself as Justice Minister, he has been planning to keep the Justice portfolio for himself all along.

“Now he is acting like a bull in a china shop, essentially burning all bridges between himself and his potential coalition partners. Only Avi Gabay and Shelly Yechimovich seem eligible for the post of Justice Minister,” the sources said, referring to a deal Netanyahu reportedly offered Labor to join his government. “Netanyanu knows Smotrich’s views very well and he knows that Betzalel does not intend to turn Israel into a halachic state. Netanyahu also knows that the demonization campaign he is conducting against Bezalel has nothing to do with his comments.”