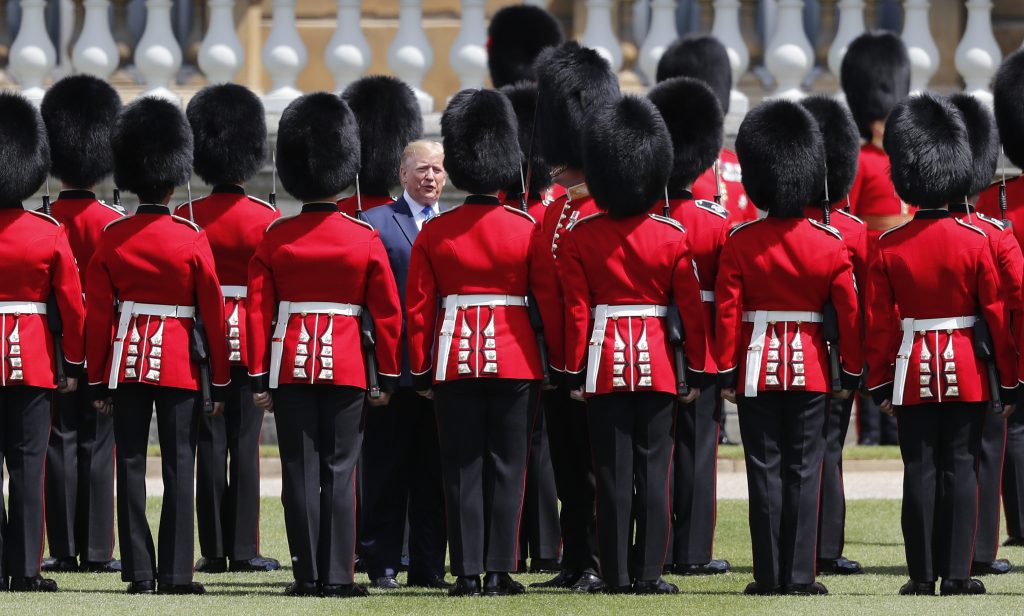 President Donald Trump took to Twitter on Monday to reiterate his complaints about CNN and suggest a boycott of its parent company, AT&T.

Soon after his arrival in London for a pomp-filled state visit to Britain, Trump tweeted that CNN is his chief source of such reports but that “after watching it for a short while, I turned it off. All negative & so much Fake News, very bad for U.S.”

Trump asked why doesn’t AT&T “do something” and said that if people stopped using or subscribing to AT&T, it would be forced to make “big changes” at CNN. CNN is owned by Turner Broadcasting System, a division of AT&T’s WarnerMedia.

Trump has long criticized CNN over its coverage of him and his administration. Fox News Channel is his preferred network.

The extension of Trump’s CNN complaints to its parent company is unusual but not surprising. When AT&T’s bid for then-CNN owner Time Warner Inc. became public in 2016, it drew fire from then-candidate Trump, who promised to kill it “because it’s too much concentration of power in the hands of too few.”

After he became president, the Justice Department filed a lawsuit against AT&T and Time Warner to block the proposed deal, arguing it would hurt consumers. A judge ultimately ruled in favor of letting the $81 billion acquisition continue and it was completed in June 2018. The Department of Justice lost an appeal in February. The department declined to appeal further to the Supreme Court, where its chances of prevailing were considered dim.