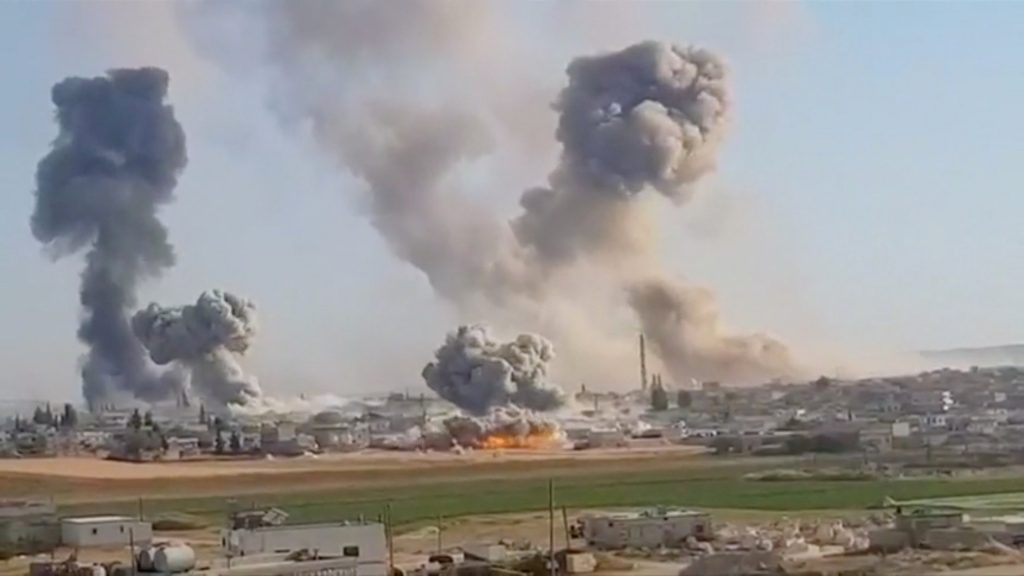 The Kremlin rebuffed criticism from President Donald Trump regarding Russian and Syrian government military action in Syria’s rebel-held Idlib province, saying on Monday it was needed to shut down rebel attacks being launched from there.

Trump on Sunday urged Russian and Syrian government forces to stop bombing Idlib, following a Friday Kremlin statement that signaled Moscow would continue to back a month-long Syrian government offensive there.

The assault has raised fears of a humanitarian crisis as Syrians displaced by the fighting seek shelter at the Turkish border. More than 200,000 people have fled since strikes began at the end of April, according to the United Nations.

When asked about Trump‘s criticism on Monday, Kremlin spokesman Dmitry Peskov said terrorists were using Idlib as a base to launch attacks against civilian and military targets, something he called unacceptable.

“Of course strikes by militants from Idlib are unacceptable and measures are being taken to neutralize these strike positions,” Peskov told reporters on a conference call.

He said Turkey bore responsibility for ensuring such attacks from Idlib did not happen under a deal reached between Russia and Turkey in September.

The Syrian offensive has strained that agreement which created a demilitarized zone in Idlib and called for it to be free of all heavy weapons and jihadist fighters.

Turkey has called for a ceasefire in Idlib, the last significant rebel stronghold, to prevent more civilian deaths and a possible new surge of refugees fleeing the fighting.