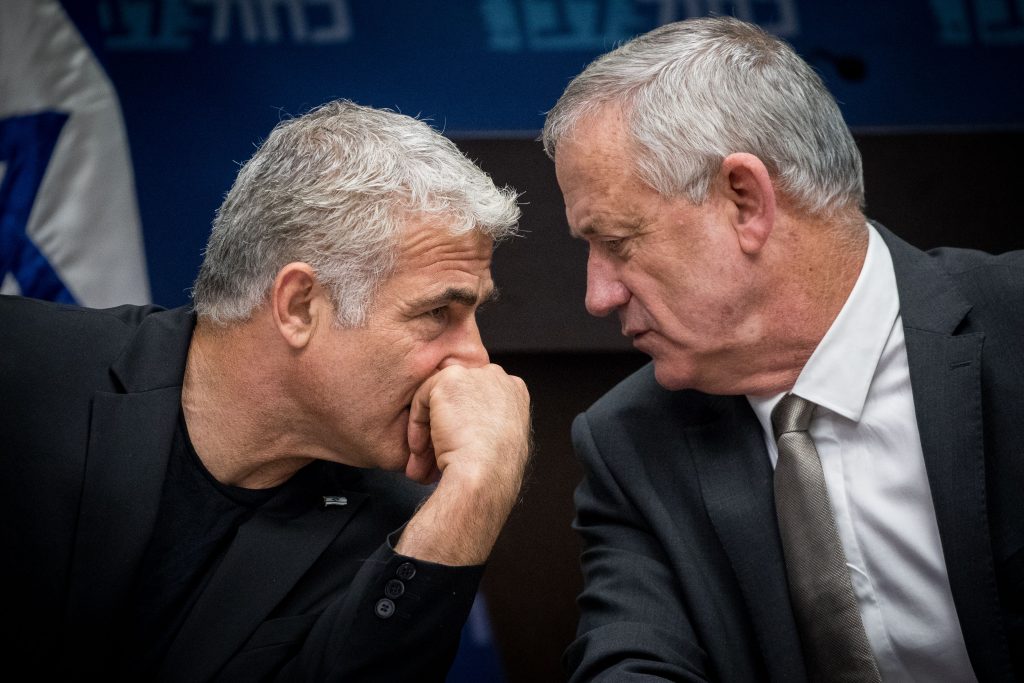 Benny Gantz, leader of the Blue and White party, resumed his attacks on Israeli Prime Minister Binyamin Netanyahu on Monday, as he launched his second-round election campaign.

Gantz, accused PM Netanyahu of leading the country into “total chaos” and called the decision for an election rerun five months after the last one a “farce” and a “national joke.”

“The citizens of Israel know we are going to elections only because Bibi wants to save himself,” from criminal prosecution, he said. “Netanyahu could have returned the mandate to the president, and we would have formed a government. Why is he not doing that?”

Gantz had sought a chance to form a government after PM Netanyahu failed to do so, but the prime minister succeeded in obtaining the majority needed to dissolve the Knesset and call for elections before that could happen. Given the lineup of parties, and with Avigdor Liberman still refusing to support Gantz, it seemed unlikely that he could have formed a coalition in any case.

As usual, Blue and White co-chairman Yair Lapid took a more extreme stance, warning of the bad things that will happen in Israel if the party doesn’t win next time.

If that happens, “there won’t be democracy here. Our children’s fate depends on this. We got a second chance. For all the wrong reasons, the right thing happened. Bibi tried to establish a government of extortionists and extremists that would get him out of jail. He failed. He wanted to be a dictator like [Turkish autocratic Recep Tayyip] Erdogan; he failed,” Lapid said.