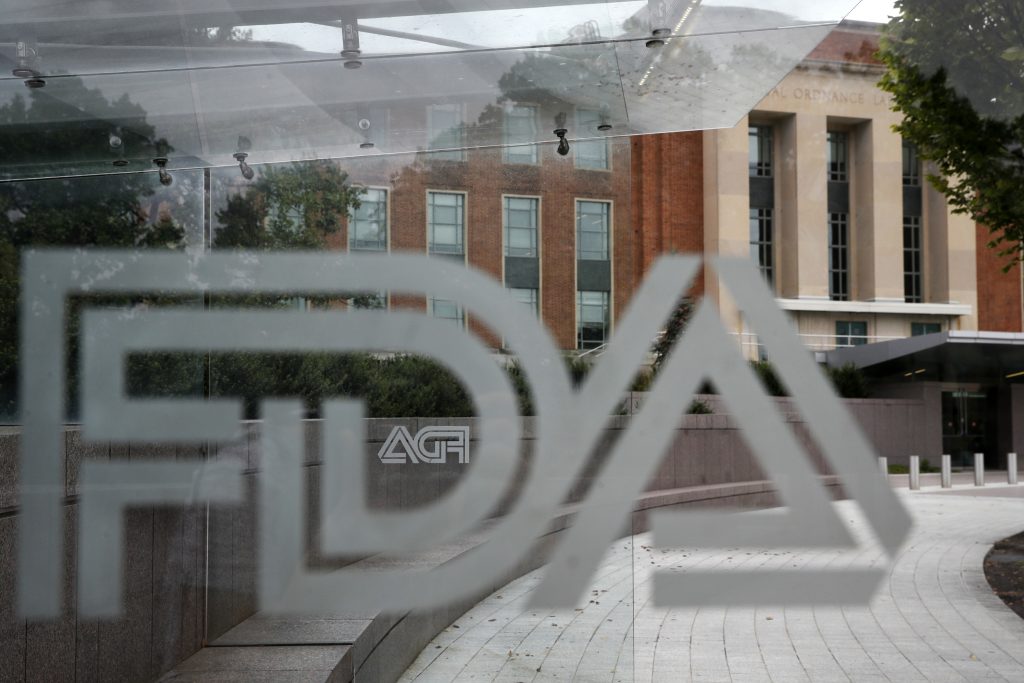 The Food and Drug Administration’s first broad testing of food for a worrisome class of nonstick, stain-resistant industrial compounds found substantial levels in some grocery store meats and seafood and in off-the-shelf chocolate cake, according to unreleased findings FDA researchers presented at a scientific conference in Europe.

The FDA’s disclosure is likely to add to concerns raised by states and public health groups that President Donald Trump’s administration is not acting fast enough or firmly enough to start regulating the manmade compounds, called “forever chemicals.” A federal toxicology report last year cited consistent associations between very high levels of the industrial compounds in peoples’ blood and health risks but said there was not enough evidence to prove the compounds as the cause.

The levels in nearly half of the meat and fish tested were double or more the only currently existing federal advisory level for any kind of the widely used manmade compounds, which are called per- and polyfluoroalykyl substances, or PFAS.

The level in the chocolate cake was higher: more than 250 times the only federal guidelines, which are for some PFAS in drinking water.

Food and Drug Administration spokeswoman Tara Rabin said Monday that the agency thought the contamination was “not likely to be a human health concern,” even though the tests exceeded the sole existing federal PFAS recommendations for drinking water.

As a handful of PFAS contaminations of food emerge around the country, authorities have deemed some a health concern but not others. The agency considers each discovery of the compound in food case by case, including the kind of food, levels of contamination, frequency of consumption and latest scientific information, Rabin said.

“Measuring PFAS concentrations in food, estimating dietary exposure and determining the associated health effects is an emerging area of science,” the FDA said.

PFAS, created by DuPont in 1938 and put into use for tough nonstick cookware, now exists in an estimated 5,000 varieties. Industries use the product to keep grease, water and stains off countless consumer items, including in food packaging, carpets and couches, dental floss and outdoor gear.

The chemicals are also found in firefighting foam, which the Department of Defense calls irreplaceable in suppressing jet-fuel fires. Especially around military bases and PFAS facilities, decades of use have built up levels in water, soil and some treated sewage sludge used to fertilize non-organic food crops and feed for livestock.

They’ve been a topic of congressional hearings, state legislation and intense federal and state scrutiny over the past two years.

Because the tough compounds are predicted to take thousands of years to degrade, and because older versions have been found to accumulate in peoples’ bodies, PFAS has acquired the name “forever chemicals.”

The Environmental Protection Agency earlier established a nonbinding health advisory threshold of 70 parts per trillion for two-phased out forms of the contaminant in drinking water.

President Trump’s EPA said it would consider setting mandatory limits instead in the wake of the federal toxicology report and after federally mandated water sampling found high levels in many drinking water systems around the country. The administration has called dealing with PFAS contamination a “potential public relations nightmare” and a “national priority.”

Impatient for federal action, several states have moved to regulate the chemicals on their own, including setting standards for groundwater or drinking water.

In the FDA study, conducted in October 2017, researchers oversaw market basket testing for more than a dozen PFAS, drawing on samples of food on sale in three undisclosed mid-Atlantic cities.

FDA researchers discussed the results at the annual conference by the Society of Environmental Toxicology and Chemistry in Helsinki, Finland, last week.

The FDA presentation also included what appeared to be previously unreported findings of PFAS levels — one spiking over 1,000 parts per trillion — in leafy green vegetables grown within 10 miles of an unspecified eastern U.S. PFAS plant and sold at a farmer’s market.

It also previewed test levels for a previously reported instance of PFAS contamination of the food supply, in the feed and milk at a dairy near an Air Force base in New Mexico.

The FDA said the contamination in that milk was a health concern. It said it would release detailed data on that soon.

The FDA in 2015 and 2016 revoked approval for some older versions of PFAS in food packaging, although it was one of those versions that was found in high levels in its testing of meat and seafood.

In its statement, the FDA noted studies suggesting newer forms may also pose a health risk. It said it was working with other federal agencies to determine appropriate next steps.

“What this calls for is additional research to determine how widespread this contamination is and how high the levels are,” Linda Birnbaum, director of the National Institute of Environmental Health Sciences, said separately in an interview. “We have to look at total human exposure — not just what’s in the water or what’s in the food … or not just dust. We need to look at the sum totals of what the exposures are.”

Birnbaum added, “Nobody is exposed to just one form of PFAS in isolation. You’re exposed to a whole mixture.”

It’s unclear what human health risks are posed by the presence of PFAS chemicals in foods, said Jamie DeWitt, a toxicologist at East Carolina University in Greenville, North Carolina, who studies PFAS compounds.

The discovery of PFAS contamination in wells and land around a Chemours Co. manufacturing plant near Fayetteville has made North Carolina one of the focuses of study for exposures.

Sally Brown, a University of Washington researcher who supports the use of treated sewage sludge by agriculture, said the FDA’s findings were “not a major concern.”

“If you are worried about this type of compound, it makes sense to ban the cookware and the dental floss” treated with PFAS, Brown said.

Near Fayetteville, neighbors of the Chemours PFAS facility are making plans for a Fourth of July parade float dedicated to warning others just how widely PFAS was turning up in the area.