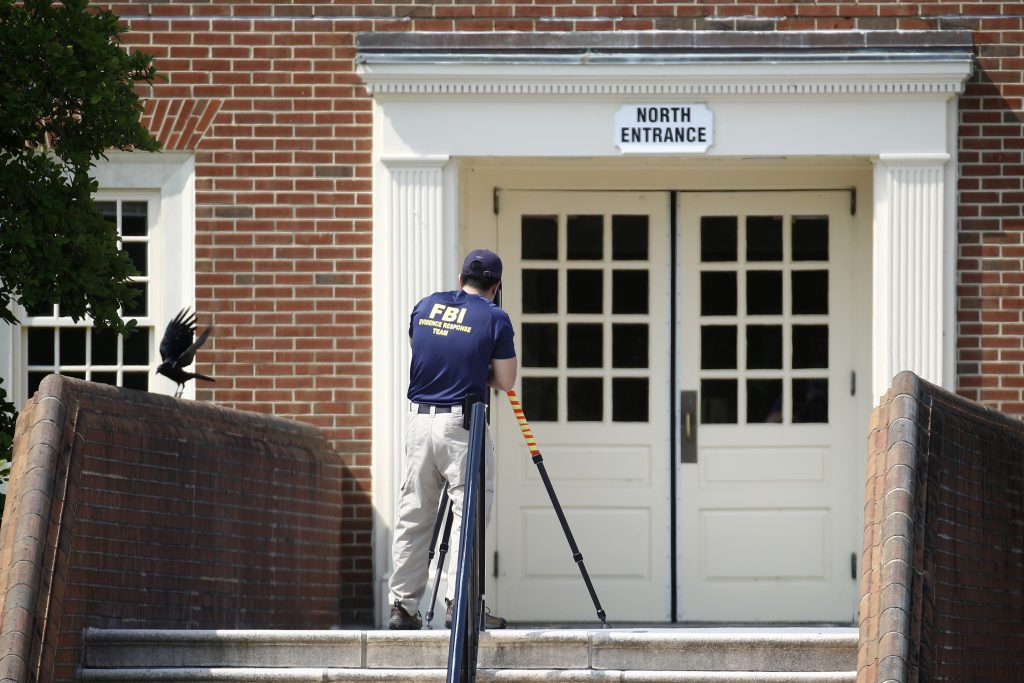 DeWayne Craddock submitted a letter of resignation from his job as an engineer for the city of Virginia Beach on Friday morning, hours before murdering 12 people at the government building where he worked, officials said Sunday.

“He notified his chain of command that morning,” City Manager Dave Hansen said at a news conference. “My understanding is he did that via email.”

Officials did not elaborate on the substance of the email message, and Hansen added they are “determining where that letter is.”

Craddock, 40, had not been fired and was not in danger of being fired, Hansen said. His performance was considered “satisfactory,” he was “in good standing in his department” and “there were no issues of discipline ongoing.”

Police Chief James A. Cervera cautioned that Craddock’s motivations remain under investigation and said police are looking into his professional and personal life. “We do not have anything glaring,” Cervera said.

Police arrived at the building within two minutes of a call going out for shots fired just after 4 p.m. on Friday afternoon, Cervera said. Craddock had arrived at Building 2 and immediately shot a contractor in the parking lot, there to file a permit. He next killed a woman who was on her way out of the office, before using his badge to access the building’s second floor and begin shooting indiscriminately.

“We were moving at a rapid pace,” he told reporters, but “we had no idea where the suspect was.” Building 2, built in the 1970s is a “honeycomb” with many additions and subdivisions, he said: “It’s a maze where the workers are.”

Five to eight minutes after entering the building, he said, officers encountered shooter Craddock, 40, on the second floor and “immediately engaged in a gun battle.”

Two detectives were the first to enter the building, followed by a pair of uniformed K-9 officers who also got there fast.

Cervera called the exchange a “long gun battle” with the number of rounds fired “well into the double digits.” The shooter was still moving, Cervera said, firing through doors and walls. At about 4:19 an officer was shot and wounded but saved from fatal injury by his protective vest.

Eventually, the shooting stopped and police were able to confront Craddock in an office. They broke down the door and engaged him with fire. When the shooter was subdued – 36 minutes after the first call to police went out – officers attempted to render aid to save Craddock’s life. He died on the way to a nearby hospital.

Within about an hour of the initial attack, Cervera said, all the wounded had been transported out for emergency care. Along with the 12 people killed, four people were hospitalized. All have undergone multiple surgeries, officials said Sunday.

“They are progressing, and our prayers are with them,” Hansen said.

The municipal center will remain closed Monday, but Virginia Beach’s other city offices will be open. All municipal center buildings other than Building 2, where the shooting took place, will reopen Tuesday.

Craddock used two .45-caliber handguns in the shooting and police found a sound suppressor and extended magazines. He purchased the guns legally.

Craddock served in the Virginia Army National Guard for six years as an artillery cannon crew member, according to spokesman A.A. Puryear. Craddock was discharged in 2002 and did not serve in combat, Puryear said.

A 2003 report in Dolan’s Virginia Business Observer said Craddock had joined a consulting firm called MSA, P.C. and was a project engineer. Firm partner C. Scott Acey declined to comment Saturday beyond confirming that Craddock worked for the company for three to four years directly before going to work for Virginia Beach.

Craddock had a number of active projects that were going well and there weren’t any alarming signals that floated up, said Bob Montague, director of Virginia Beach’s public utilities department.

“There weren’t any clues I was aware of or that were being funneled to the top,” Montague said. “I certainly didn’t have a reason to believe that anything like this would happen.”