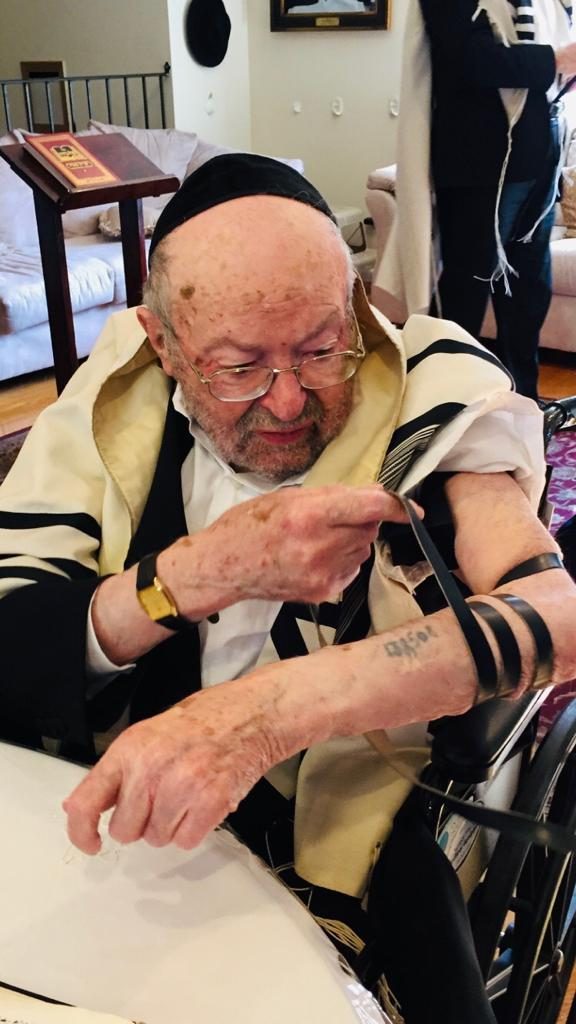 On Friday, 26 Iyar, the Lakewood community gave their kavod acharon to Reb Shaya Fuchs, z”l, a remnant of prewar Poland.

Reb Shaya was raised in Zelow, Poland, a small shtetl of Gerrer Chassidim near the city of Lodz. The poverty was intense, as Reb Shaya once remarked, “Until I arrived in America, I never had my own bed. Growing up in Poland, I shared a bed with my brother, and in the concentration camps, many people had to share a single bunk.”

Despite the difficulties, he often reminisced about the fire of Yiddishkeit that he absorbed in his childhood. He was interned in five concentration camps, yet he fasted for five years on Yom Kippur, except for once when they were not fed on Erev Yom Kippur, and a Rav insisted they eat the following day.

After surviving the nightmare of the Holocaust, he arrived in America, where he walked a hour to shul on Shabbos. In the late 1950s, he passed through Monsey and saw several sukkos, and immediately made plans to move there. For nearly 50 years, Monsey was his home, until he relocated to Florida around 15 years ago.

He used his financial success as a means to help many mosdos. The annual parlor meeting for Chinuch Atzmai was held in his home, and the legendary Maggid of Yerushalayim, Harav Shalom Schwadron, zt”l, was a frequent speaker. One year, when Harav Mordechai Gifter, zt”l, Rosh Yeshivah, Telshe, Cleveland, was scheduled to speak but was compelled to back out, Reb Shaya called him and convinced him to attend. “When Shaya Fuchs calls,” said Rav Gifter, “you cannot say no.”

Over 60 years ago, before the concept was popular, Reb Shaya had a special interest in supporting promising yungeleit, and he sought out a minyan of promising young talmidei chachamim to receive a stipend which would allow them to learn with peace of mind. He paid them with a paycheck from his company so they should receive the stipend in an honorable way.

He was a steady attendee of the 6:00 a.m. shiur by Rav Avraham Weinfeld, zt”l, and also learned with Harav Meyer Mintz, zt”l. It was common knowledge that if he was absent, he must be out of town, because he would not miss his sedarim when he was in Monsey.

Davening held a special place for Reb Shaya. Harav Dovid Margereten, Rav of Bais Yisrael, remarked that he never saw him arrive late for davening. When he traveled, he made sure that he would be able to daven with a minyan, and was known to change his ticket if he saw that he would not be able to attend davening.

When he moved to Lakewood in his last years, he was an example of how a Yid from Europe lived and acted. At his levayah on Friday morning at Khal Ateres Yeshaya, Harav Simcha Bunim Cohen extolled the simchas hachaim which he exuded, despite his many travails. Rav Cohen said, “He served as a model of the way Yidden of the dor hayashan lived. He always greeted everyone b’sever panim yafos, which displayed his inner simchas hachaim.”

On Motzoei Shabbos, the aron was transferred to Eretz Yisrael, where kevurah took place on Har Hazeisim.