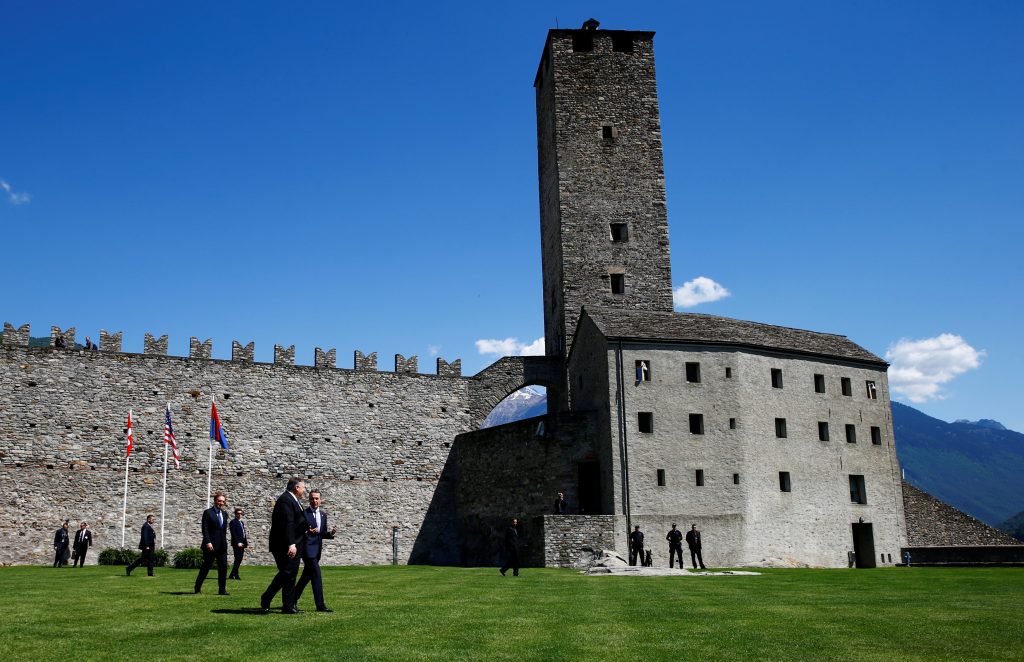 Secretary of State Mike Pompeo said on Sunday the United States was prepared to engage with Iran without pre-conditions but added it needed to see the country behaving like “a normal nation.”

Iran’s President Hassan Rouhani suggested on Saturday that Iran may be willing to hold talks if Washington showed it respect, but said Tehran would not be pressured into talks.

Pompeo met Sunday with his Swiss counterpart for talks amid rising tensions between Washington and Tehran that have sparked fears of open conflict.

Switzerland represents U.S. interests in Iran and has been an intermediary between the two before although it is not clear if Pompeo is looking for specific assistance from the Swiss beyond what it already does in looking after Americans detained in the Islamic Republic.

Trump administration officials have suggested they would look positively at any move to release at least five American citizens and at least two permanent U.S. residents who are currently imprisoned in Iran.

Pompeo is in Switzerland on the second leg of a four-nation European tour in which he is seeking to assure leaders that the Trump administration does not want war with Iran. Still he is also stressing that the U.S. will defend itself and will not relent in raising pressure on Iran with economic sanctions.

Despite that stance, President Donald Trump has signaled willingness to talk with Iran’s leadership. Iranian officials have hinted at the possibility but have also insisted they will not be bullied.

Pompeo has been coy about the possibility of communicating with Iran through Switzerland.

“I’m not going to talk about how we’re communicating or not communicating with (Iran),” Pompeo told reporters. Asked why he was spending three days in the Swiss capital of Bern — a city last visited by a U.S. secretary of state more than two decades ago — he replied only that he’s a “big cheese and chocolate fan.”

Still, Trump has made clear he would like to speak with Iran.

“If they want to talk, I’m available,” he said, even as Pompeo and hawkish national security adviser John Bolton were stepping up warnings that any attack on American interests by Iran or its proxies will draw a rapid and significant U.S. response.

The U.S. is sending hundreds of additional troops to the region after blaming Iran and Iranian proxies for recent sabotage to tankers in the Gulf and drone attacks on Saudi Arabia’s oil infrastructure.

Pompeo and Cassis were meeting at Castelgrande, a medieval castle in Cassis’s home canton of Ticino, an Italian-speaking area of Switzerland near Italy’s lakes region.

From Switzerland, Pompeo will head to the Netherlands on Monday before flying on to London to join Trump’s state visit to Britain.