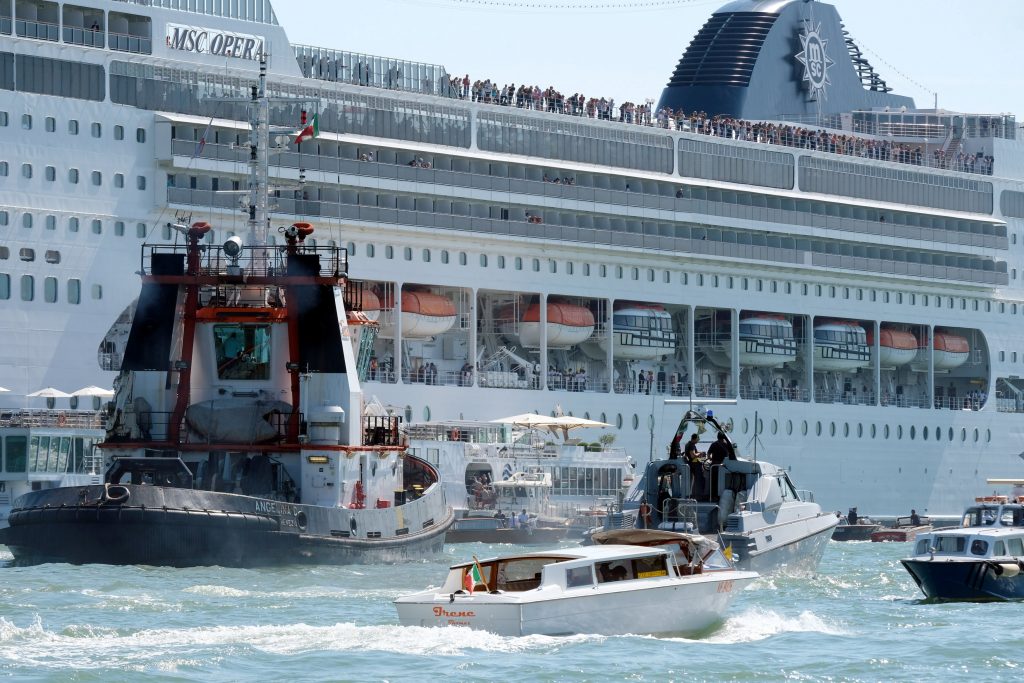 A cruise ship collided with a dock and a tourist boat in Venice on Sunday, injuring four people, the local port authority said.

MSC Cruises said the 2,679-passenger Opera, a 54-meter high and 275-meter long liner which dwarfed the Venice skyline, was approaching a terminal on the Giudecca canal when it hit the dock and a nearby ferry after a technical problem.

The safety of big ships in European cities has been highlighted by the crash last week of a cruise liner with a pleasure boat on the Danube in Budapest, killing 7 people and leaving 21 missing presumed dead.

Pino Musolino, chairman of the northern Adriatic Sea port authority, said four people had suffered minor injuries in the crash. Emergency workers said the cruise ship appeared to have lost control after a steel cable that tied it to a tugboat snapped.