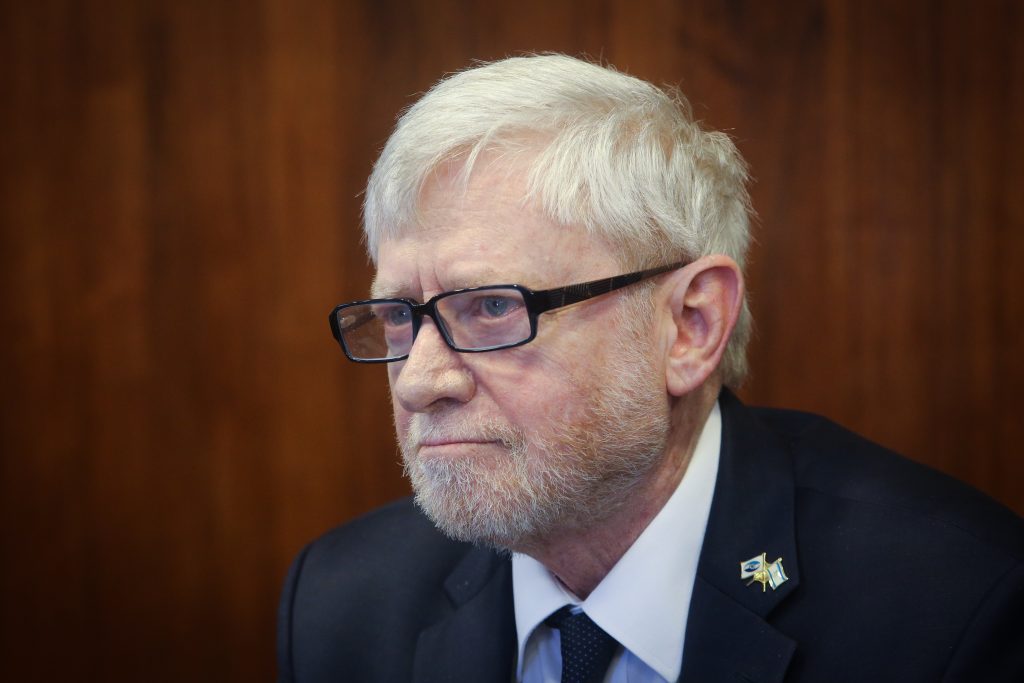 A report issued on Sunday said that “the continuation of holes in the barrier [between Yerushalayim and Palestinian areas] which allows the entrance of people crossing the border illegally… endangers the security of Israeli residents generally, and especially Yerushalayim residents.”

Shapira focused on a lack of coordination among the authorities, and called on Prime Minister and Defense Minister Binyamin Netanyahu, the police, the Shin Bet, the IDF and the relevant security-related ministries to fix a security gap which has persisted for about ten years.

The problem stemmed from the time when the IDF established different security areas for Yerushalayim and surrounding Palestinian communities, then handed it over to the police without sufficient input from the latter. The difficulties were never adequately addressed, despite being mentioned in earlier reports.
While the IDF said that it “welcomes the criticism, and will act to correct the flaws,” it stated that most have already been dealt with or are in the process of being corrected.

In a long section devoted to the Arabs in east Yerushalayim, the report in its assessment stated that state agencies often are “not even meeting the minimal requirements which the law requires” of them in providing health, sanitation, education and other services.

The educational statistics are perhaps the most abysmal. Some 23,000 thousand east Yerushalayim children between the ages of three and 18 were never registered in the educational system recognized by the state and there is no effort to ascertain what education, if any, they are receiving.
One in four between 9th and 12th grade drop out of school, a percentage far higher than both the national dropout rate and even the dropout rate in the Arab sector nationally.

Shapira said that 92 percent of children in the area are taught Hebrew at a very low level, which inhibits their ability to integrate into Israeli society.

The report also took the city to task for its neglect of tourism sites.

“Yerushalayim is the capital of Israel, the epicenter of the three major monotheistic faiths and the eyes of the world are upon it,” the comptroller wrote in the prologue to the report.

Yet, the report noted, “in prominent tourism areas…piles of garbage and filth, trash bags hanging on the gate, overflowing trash bins and garbage floating in the fountains were found. In addition, large trash containers near the Tower of David and at Mount Zion were open and surrounded by filth.”

This might be Shapira’s last major report as comptroller, as voting on the choice of his successor is set to take place in the Knesset on Monday.