Israel Bennett to Run at Head of New Right
Israel 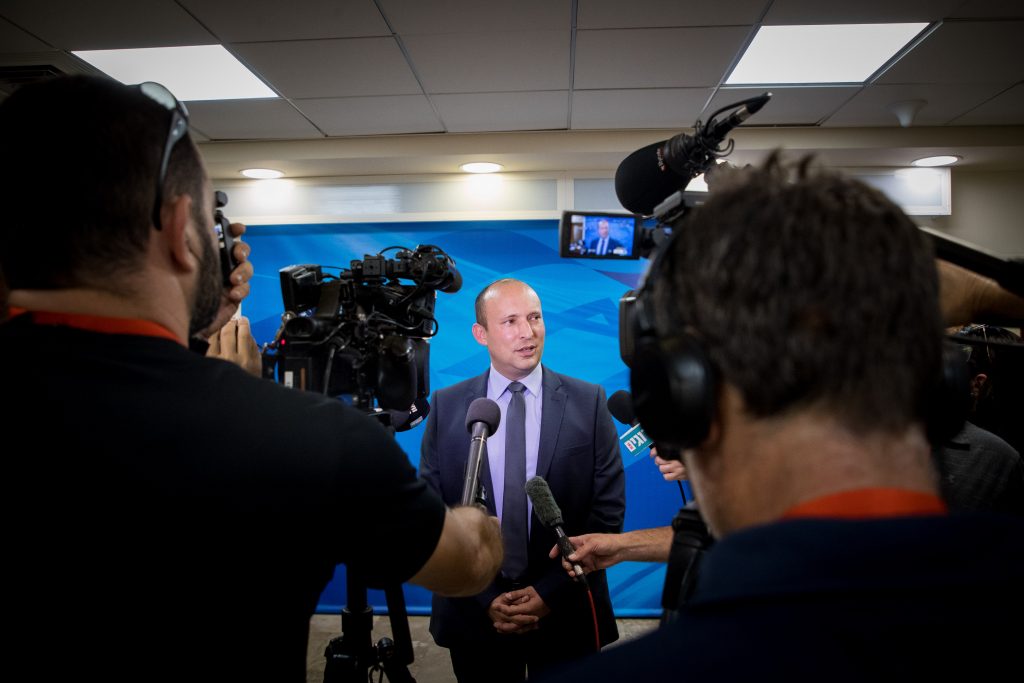 Naftali Bennett declared his intention to run at the head of the New Right party in the upcoming elections, after being removed from his position as education minister earlier in the day.

“This morning I was education minister, tonight I am Naftali,” he said in a statement on Sunday evening at his home in Raanana.

“The New Right will bring a lineup of the right-wing statesmen and women, which unites all parts of the nation: religious and secular,” he “The New Right will be a party that does not compromise on its positions, but will not engage in quarrels with the left.”

Bennett did not mention the New Right’s co-founder, Ayelet Shaked, who was likewise fired on Sunday from the Justice Ministry.

The two are set to meet later this evening along with other party activists, according to media reports.

Shaked bid an indefinite farewell to politics after the party failed to pass the electoral threshold in April. In recent days, there has been speculation that she might join the Likud, or the United Right, but she hasn’t commented on either prospect.