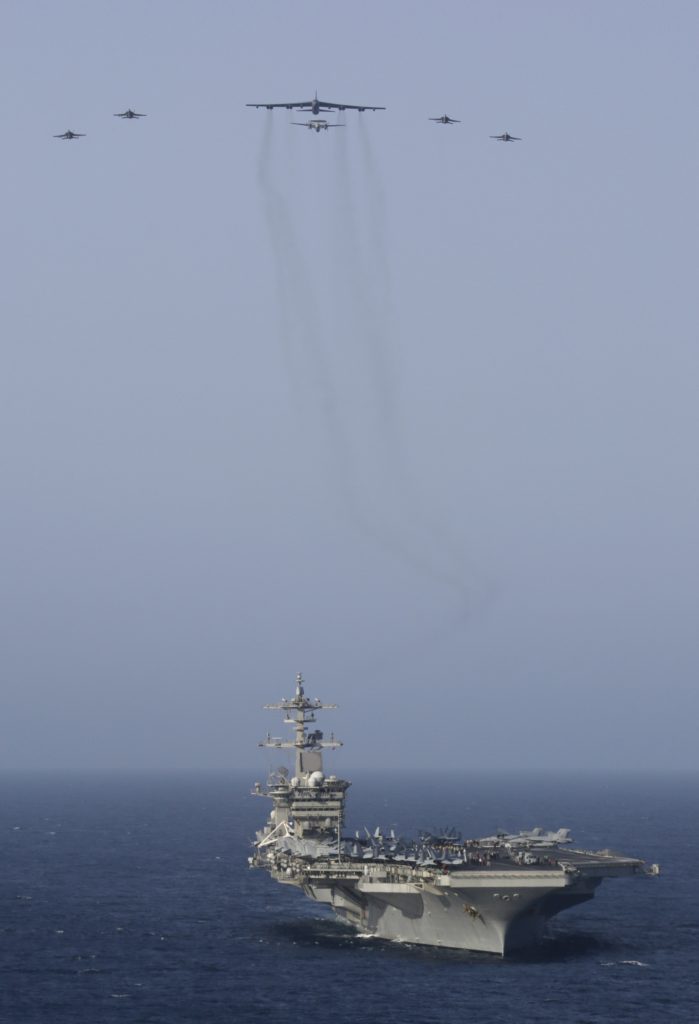 The U.S. military says a B-52 bomber and an aircraft carrier dispatched to the Mideast over a perceived threat from Iran have conducted a joint exercise together in the Arabian Sea.

The Air Force said in a statement Sunday that the exercise saw F/A-18 Super Hornets, MH-60 Sea Hawk helicopters and E-2D Growlers from the USS Abraham Lincoln fly with the B-52 bomber.

The Air Force says the aircraft also “simulated strike operations” in the exercise, which took place on Saturday.

The White House dispatched the Lincoln and its strike force to the Mideast in May over an Iranian threat it did not describe at the time.

The U.S. pulled out of Iran’s nuclear deal a year ago. Since then, relations have grown tense as America imposes ever-tougher sanctions on Tehran.