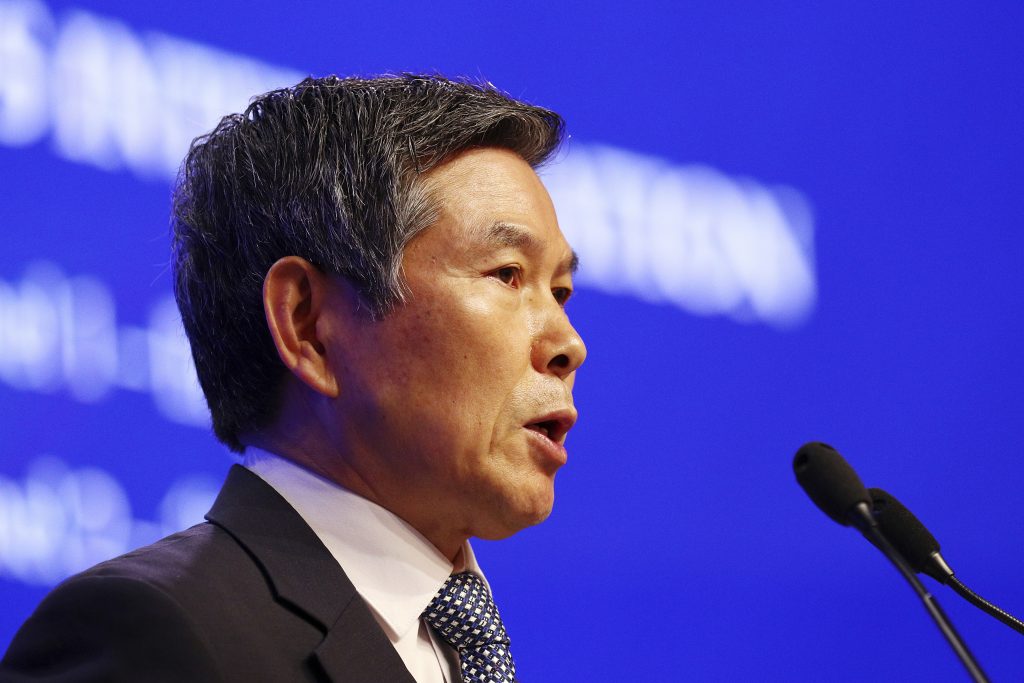 Jeong told an annual security conference in Singapore that the tests were being investigated and a conclusion is within reach.

“There are data that we can verify, and we are working off those data to make sure we have a verification.”

Jeong was responding to a question on whether the tests were a violation of a military agreement between South and North Korea last September to halt acts of aggression against each other.

He said the North was “in fact acting within the boundaries” of the agreement and tensions between their militaries “have been lowered to a significant extent.”

“So currently the actions done by the North Korean regime have the intent to carry out the peace process through dialogue and talks. And I believe that’s the hidden intent behind the lines in terms of their missile launches.”

Jeong called on the international community to “assure North Korea that the decision to denuclearize is indeed the right decision.”

He said that South Korea sees humanitarian aid and the lowering of military tensions as ways “to lead North Korea into conversation and away from … the ways of the past.”

North Korea itself has defended the launches, saying it was exercising its right to self-defense.

The U.S. and Japan say the short-range ballistic missile tests on May 4 and 9 were a violation of U.N. Security Council resolutions. The tests ended a pause in launches that began in late 2017, and came amid deadlocked negotiations to rid North Korea of nuclear weapons.

Japanese Defense Minister Takeshi Iwaya, who spoke at the same session on Korean security, stressed that a strict implementation of sanctions against North Korea was necessary.

He specifically directed his comments at South Korea, China and Russia.

“We need to enhance surveillance on a global scale while strengthening effort locally to ensure the full implementation of sanctions,” Iwaya said.

Earlier Saturday, U.S. Acting Secretary of Defense Patrick Shanahan told the Shangri-La Dialogue conference that North Korea “remains an extraordinary threat” and has “neared a point where it could credibly strike regional allies, U.S. territory, and our forward-deployed forces.”