Business U.S. Stocks Give Up Some of Their Early Gains on Wall Street
Business 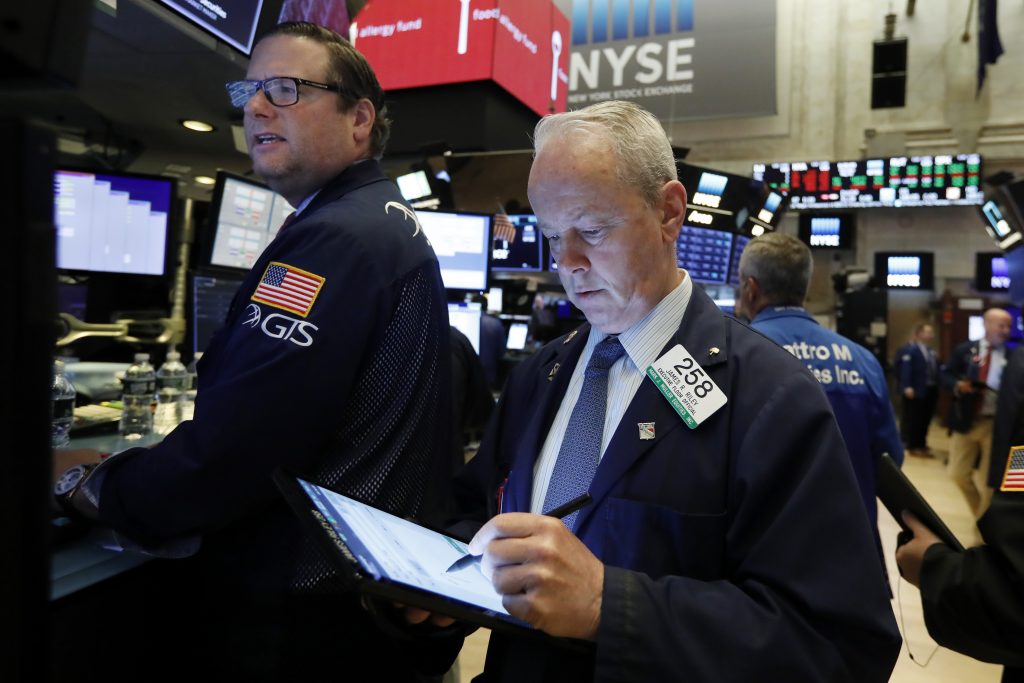 The market had started higher but gave up some of its gains by lunchtime. Stocks are still on track for their fourth weekly loss and their first monthly decline of the year.

Stocks have been sliding in volatile trading all month as investors come to grips with an escalating trade war’s potential impact on corporate and economic growth.

Clothing and apparel makers were weighed down by weak financial results. PVH, which owns Calvin Klein, plunged more than 14.3% after cutting its forecast for the year. Watchmaker Movado fell 5% after reporting weak earnings.

ANALYST’S TAKE: After a rough May, trade concerns will likely continue hanging over the market through most of June. That’s when U.S. and Chinese leaders will have an opportunity to meet at the next G20 summit in Japan.

“We don’t expect there to be some grand bargain, but that will definitely set the tone,” said Jim Smigiel, chief investment officer of non-traditional strategies at SEI.

Until then, investors will have to deal with more uncertainty over the trade war’s impact on global growth, corporate profit results and monetary policy.

WRINKLED FORECAST: PVH, the owner of the Calvin Klein and Tommy Hilfiger brands, plunged 13.6% after cutting its full year profit forecast because of weak sales. PVH cited weak sales in the U.S. and China and put some of the blame on the ongoing trade war between the world’s two biggest economies.

PVH said the forecast includes the impact of tariffs. It is the latest retailer suffering from the fallout of the ongoing trade war between the U.S. and China. Retailers have seesawed this week as they express concern over tariffs squeezing their businesses.

Dollar General beat forecasts for a key sales measure at established stores. It pegged part of that growth to customers buying more groceries and seasonal items.

EARNINGS SCORECARD: Nearly all of the companies in the S&P 500 have reported their latest round of quarterly financial results. Analysts had issued dire warnings for a severe earnings contraction early this year, but the results have been surprisingly good.

A smattering of companies have yet to report results. Ride-hailing company Uber, which went public earlier in May, will report its quarterly financial results after the market closes.

The National Association of Realtors reported a 1.5% decline in contracts for home purchases which are usually completed a month or two later. Economists expected an increase of 0.9%.