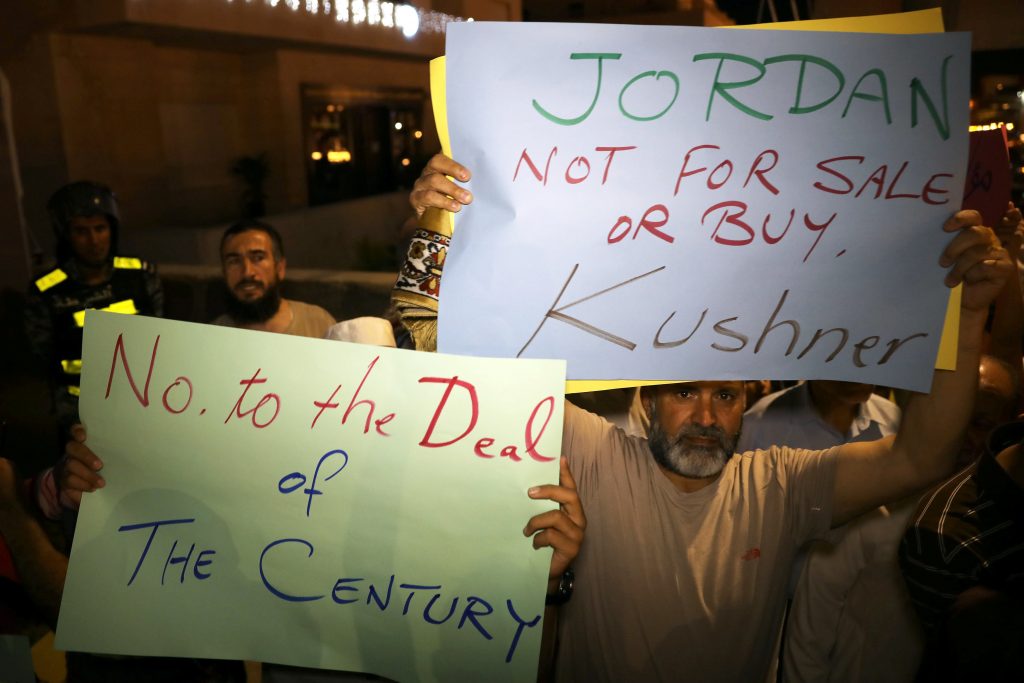 Presidential adviser Jared Kushner is in Jordan Wednesday as he tries to rally Arab support for a U.S. peace conference next month in Bahrain.

Jordan, a key U.S. ally, has not yet said whether it will attend.

The White House confirmed Kushner was in Amman on Wednesday, but gave no details.