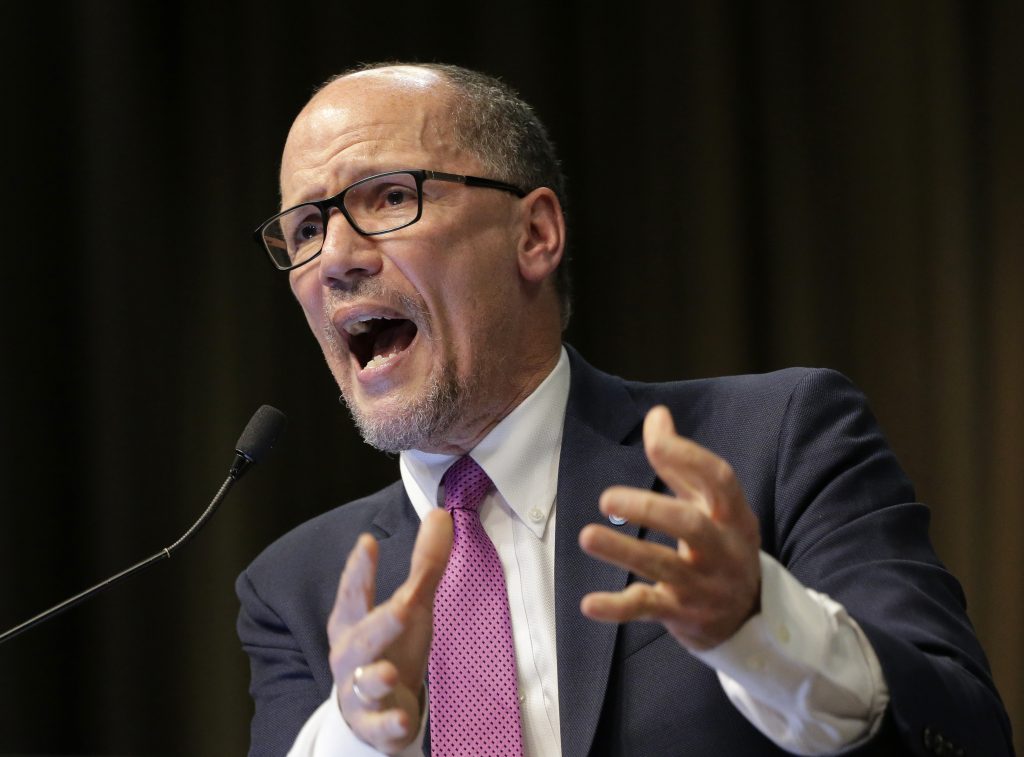 The Democratic National Committee announced Wednesday new criteria for the party’s September presidential debate that could dramatically winnow the sprawling field of 23 candidates, raising the stakes for the summer campaign season.

What some candidates have called a marathon may soon take on the look and feel of a sprint, as those who fail to register in public polls and attract a large pool of donors confront a sharp deadline to create a breakout moment and stay in the mix.

To appear in the party’s third debate, to be broadcast by ABC News and Univision, candidates will have to earn at least 2 percent support in four party-approved polls between late June and August. In addition, they will have to show that they have attracted at least 130,000 donors since the start of the campaign, including at least 400 contributors from a minimum of 20 states.

By requiring a combination of grass-roots donations and polling, Democratic National Committee Chairman Tom Perez is preparing to effectively cast out candidates who fail to make the cut by summer’s end. That may be a relief to Democratic voters, many of whom complain about the field’s sprawling size, but the plan is causing widespread concern among the campaigns that are polling in the bottom half of the field.

Candidates positioned to easily clear the September requirements are not expected to challenge the new rules. But some others, who have yet to build substantial public followings, went public Wednesday with their concerns.

Former congressman John Delaney (Md.), who has been largely self-funding his campaign and did not intend to devote great energy to raising money at this point, wrote a letter to Perez asking for “complete transparency” on how the criteria for the September debate were determined. “We can all agree that the American people deserve a full and inclusive debate,” Delaney wrote. “We can also all agree that democracy is best served with full transparency.”

Sen. Michael F. Bennet (Colo.), who joined the field recently and may not qualify for the first debate in June, called for the party to “review” the just-announced qualifications.

“I don’t think it should be based on national fundraising and cable news,” Bennet said. “It’s all just completely arbitrary, and I wish it weren’t.”

DNC officials dispute those criticisms, saying the process has been carefully calibrated.

“The DNC has established debate qualification that are fair, transparent and appropriate for each phase of the primary season,” DNC communications director Xochitl Hinojosa said in response to the Delaney letter. “We are confident that the two sets of criteria we have announced thus far achieve those goals, and have been communicated to candidates months before each debate.”

For the first two debates, in June and July, candidates must attract at least 1 percent support in three party-sanctioned polls or show that they have attracted 65,000 donors. That makes the bar for the third debate significantly higher.

A senior aide to one campaign said the rules could tilt the race toward candidates who appeal more directly to the party’s activist base, whose members are more willing to contribute to Democrats but also tend to be further out on the party’s ideological edge.

As the race stands, eight of the 23 candidates would meet the 2 percent threshold in recent party-sanctioned polls, according to an assessment by FiveThirtyEight, a data analysis website. And many are struggling to reach the 65,000-donor goal for the first two debates in June and July; attracting double that number for the September event is likely to be at least as difficult.

In recognition of how much this might cut down the field, party leaders are leaving open the possibility that the September debate would be held on just one night. Each of the first two debates will feature 20 candidates and will be split over two nights.

There is no modern precedent for a presidential candidate’s losing access to party-sanctioned debates and going on to win the nomination anyway, a history that explains the candidates’ intense focus on the debate qualifications.

Democratic leaders think that only candidates with a broad donor network will be equipped to challenge President Trump in the general election.

“Candidates who will be prepared to take on Trump in the general should already be working to build programs that can bring in 130,000 donors by the second round of debates,” Erin Hill, the executive director of the liberal fundraising platform ActBlue, said in a statement.

In the September debate, unlike the earlier events, candidates will have to meet both the polling numbers and the fundraising goal.

Polls to qualify for the third debate must be publicly released between June 28 – just after the first debate in Miami – and Aug. 28.

That raises the pressure on candidates in the crowded field to seize attention during the first two debates to generate the poll numbers and donations to qualify for the third.